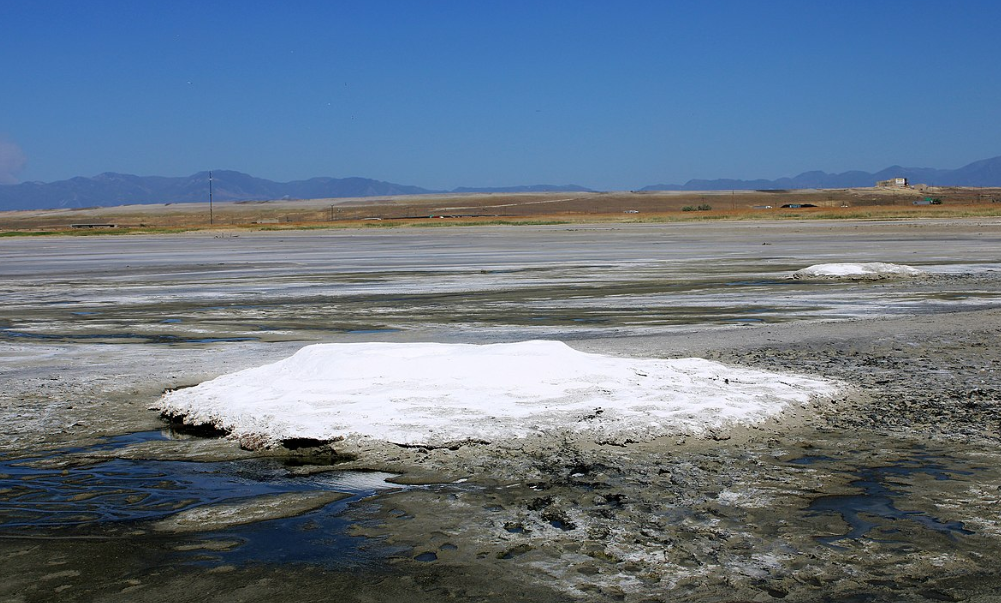 The salt content of the lake used to fluctuate between around 9 and 12 percent, according to Bonnie Baxter, a biology professor at Westminster College. However, as the water in the lake drops, its salt content has increased, according to the New York Times.

If it reaches 17 percent — something Dr. Baxter says will happen this summer – the algae in the water will struggle, threatening the brine shrimp that consume it. While the ecosystem hasn’t collapsed yet, Dr. Baxter said, “we’re at the precipice. It’s terrifying.”

If the salt content rises much further, to around 17 percent, it will be too much for the algae in the water, threatening the flies and brine shrimp that feed on it, as well as the 10 million native and migratory birds that depend on the lake’s water for food and habitat, according to EuroNews Green.

Environmental disaster in the making

Climate change and its impacts have caused any number of lakes to shrink or even dry up. And this can have devastating consequences for agriculture, drinking water, and hydroelectric power generation, according to Digital Journal on May 1.

But focusing on the Great Salt Lake, a more frightening scenario is about to play out. The shrinking lake means more arsenic from the lake bed will be exposed. High winds and storms may carry the arsenic into the air that surrounds nearby Salt Lake City, home to 75 percent of Utah’s population, reports EcoWatch.

“We have this potential environmental nuclear bomb that’s going to go off if we don’t take some pretty dramatic action,” Joel Ferry, a Republican state lawmaker and lakeside rancher in Utah, told The New York Times.

A similar scenario occurred in 1913 when Owens Lake, located in the Owens Valley on the eastern side of the Sierra Nevada Mountains in Inyo County was drained by diverting the Owens River into the Los Angeles Aquaduct.

To make a long story short, the dry lakebed is a chemical morass. Periodic winds stir up noxious alkali dust storms that carry away as much as four million tons (3.6 million metric tons) of dust from the lakebed each year, causing respiratory problems in nearby residents.

And much like the Great Salt Lake, the dust created in Owens Lake also contains carcinogens, such as arsenic, nickel, and cadmium.

Potential solutions can cause more problems

Basically, the problem can be cut down to the fact that the Great Salt Lake needs more water. So, in theory, the fix is simple: Let more water from the melting snowpack each year reach the lake, by sending less toward homes, businesses, and farms.

Another thing to think about: A shrinking lake means that less water is absorbed by passing storms and deposited as snow on the mountains in the first place. And with the water cycle changed by human actions, that’s easier said than done.

Laura Briefer, director of Salt Lake City’s public utility department, said the city can increase its water supply in three ways: Divert more water from rivers and streams, recycle more wastewater, or draw more groundwater from wells. The problem with this? Each of those strategies reduces the amount of water that reaches the lake.

Here is the most audacious plan proposed to date: Utah lawmakers have also recently started looking into the possibility of building a pipeline from the Pacific Ocean to bring water into the Great Salt Lake.