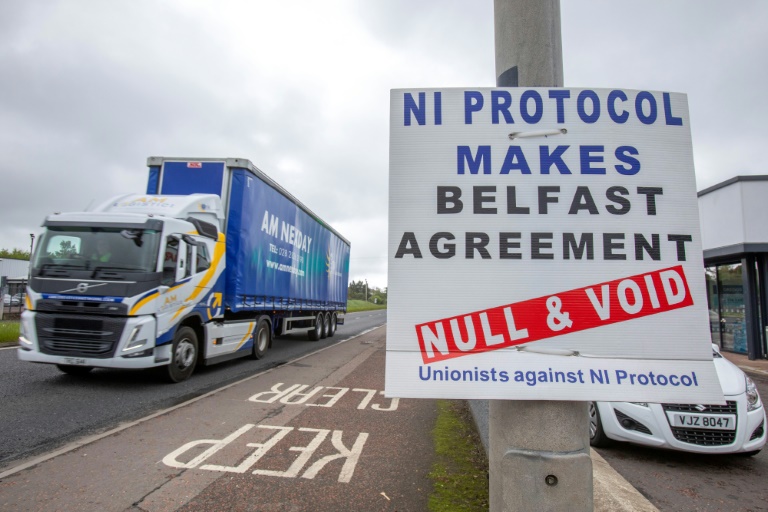 Britain said on Thursday it was readying new legislation to rewrite its Brexit commitments on Northern Ireland but denied it was breaking its treaty obligations to the European Union.

The bill is expected next week, possibly on Monday, and would trigger unilateral changes to the so-called Northern Ireland Protocol in the teeth of objections from Brussels and most political parties in Belfast.

The UK says the bill is needed to fix trade distortions in Northern Ireland, which was left hanging in a unique situation by Brexit, and bring the province’s biggest pro-UK party back into power-sharing government.

Prime Minister Boris Johnson’s cabinet has signed off on the plan and only some final drafting remains, his spokesman told reporters.

“Yes, we are confident of that: the bill is lawful under international law,” the spokesman added.

Senior minister Michael Gove denied that Johnson was looking to divert attention after he narrowly survived a no-confidence vote within his own party, by placating Brexit hardliners on the Conservative backbenches.

“I don’t think it’s about picking a fight,” Gove said on BBC radio.

“It is absolutely right that we fix the problems with the Northern Ireland Protocol,” he said.

The Democratic Unionist Party (DUP) refusing to re-enter government in the province unless the protocol is overhauled.

The protocol was agreed as part of Britain’s Brexit divorce deal with Brussels, recognising Northern Ireland’s status as a fragile, post-conflict territory that shares the UK’s new land border with the EU.

It requires checks on goods arriving from England, Scotland and Wales, to prevent them entering the EU’s single market via the Republic of Ireland.

That has infuriated the DUP, which says Northern Ireland’s status within the UK is in jeopardy.

The UK says it plans to scrap most of the checks, arguing that the higher priority is ensuring no return to a hard border between the north and south of Ireland, in line with a 1998 peace agreement.

Overriding the protocol, the bill would let the UK create a “green channel” for British traders to send goods to Northern Ireland without making any customs declaration to the EU.

The EU would have access to more real-time UK data on the flow of goods, and only businesses intending to trade into the single market via Ireland would be required to make declarations.

Britain has vowed “robust penalties” for any companies seeking to abuse the new system, but would also remove oversight of the protocol by the European Court of Justice — another red line for Brussels.

But Northern Ireland Secretary Brandon Lewis has been briefing the US administration along with officials in Dublin and Brussels, to prepare the ground for the new bill, Johnson’s spokesman said.