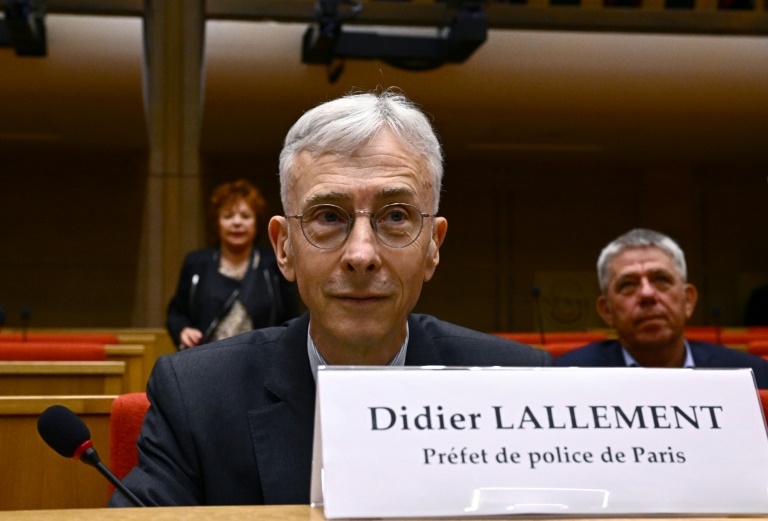 “It is obviously a failure,” Didier Lallement told a commission investigating the fiasco at the French Senate. “It was a failure because people were pushed around and attacked. It’s a failure because the image of the country was undermined.”

Lallement and Interior Minister Gerald Darmanin have been under severe pressure since the May 28 game after they initially blamed the chaos on as many as 40,000 Liverpool fans at the stadium without tickets or with counterfeit tickets.

The figure has been widely disputed since by witnesses and media using images from the ground, leading Lallement to face repeated questions from senators who grew frustrated at his responses.

“Perhaps I made a mistake with the figure I gave to the minister,” he said, saying he had based his estimate on the numbers of people using public transport and from feedback from the ground. “I never claimed that it was absolutely accurate.”

He admitted there were not 30-40,000 “at the gates of the stadium” but maintained that many thousands were “in the vicinity” of police checkpoints at the Stade de France to the north of the capital.

Many Liverpool supporters struggled to enter the stadium, leading to kick-off to be delayed by more than half an hour and crushes at the entry gates, where police fired teargas.

Fans also complained about bottlenecks leading up to the stadium created by police, but Lallement said the checkpoints were anti-terror measures “for a risk that is still real”.

The government’s initial decision to blame Liverpool fans for the problems caused tensions between France and Britain, while questions have also been raised about the capacity of Paris to host the rugby World Cup next year and the Olympic Games in 2024.

Lallement said he was “sorry” for authorising the use of tear gas to move supporters away from the stadium before the game, which affected mostly Liverpool fans including children and disabled people.

His decisions that night had saved lives, he argued, saying: “I would do the same thing again.”

“The line running through my actions is to avoid people dying,” he told the commission.

Lallement was also asked to explain why frustrated rail passengers had been tear-gassed at a Paris station last weekend after their trains were cancelled.

He encouraged supporters from Liverpool and Real Madrid to file complaints if they were victims of counterfeited tickets or street crime outside the stadium “so that we can find the guilty parties and prosecute them”.

Around 300-400 “delinquents” were outside the stadium, Lallement estimated, with many fans reporting being robbed or physically assaulted as they left after the game, which Real Madrid won 1-0.

The mayor of the Liverpool city region Steve Rotheram is due to testify to the Senate commission later Thursday.

He was a victim of pickpockets after the game, losing his phone and possessions.

Rotheram said he was “outraged by the treatment of Liverpool fans at the hands of the French police”, accusing them of “looking for conflict”.