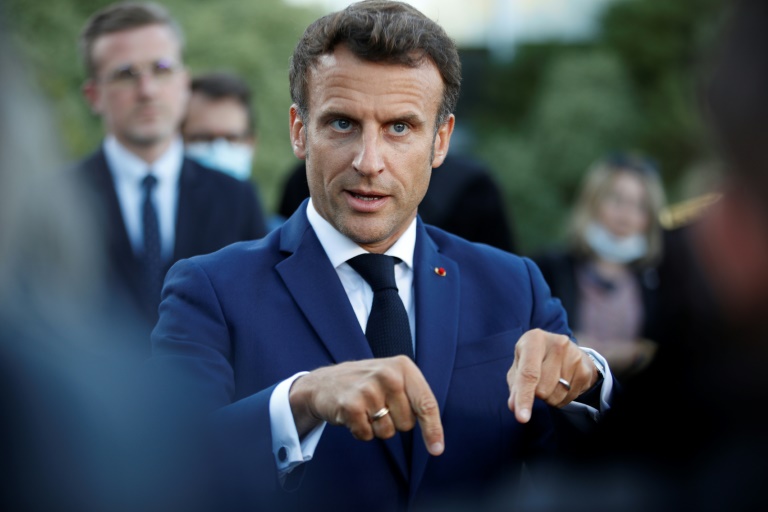 France votes Sunday in parliamentary elections with allies of President Emmanuel Macron seeking to retain a majority in the face of an increasingly competitive challenge from a new left-wing coalition.

Elections for the 577 seats in the lower-house National Assembly are a two-round process, with the shape of the new parliament clear only after the second round, a week later, on June 19.

But they provide a crucial coda to April’s presidential election, when Macron won re-election and pledged a transformative new era after his first term was dominated by protests, the Covid pandemic and Russia’s war against Ukraine.

If the president’s alliance Ensemble (Together) retains an overall majority, he will be able to carry on governing as before. Falling short could prompt a coalition with other right-wing parties and an unwanted cabinet shuffle weeks after the government was revamped.

A win by the left-wing coalition –- seen as unlikely by analysts but not impossible –- would be a disaster for Macron and raise the spectre of a clunky “cohabitation” — where the premier and president are from different factions — that has paralysed French politics in the past.

Left-wing leader Jean-Luc Melenchon, a former Marxist, has already made clear his ambition to become prime minister and stymie Macron’s plan to raise the French retirement age, though the president would retain control over foreign policy.

While Macron and his EU allies breathed a heavy sigh of relief after his solid if unspectacular presidential victory against far-right leader Marine Le Pen, the last weeks have brought no sense of a honeymoon.

Energy and food prices are soaring in France as elsewhere in Europe, the treatment of English fans at the Champions League final in Paris damaged France’s image abroad, and Macron has been accused by Ukraine of being too accommodating to Russia.

And two rape accusations against his new disabilities minister Damien Abad –- which he vehemently denied –- was the worst possible start for the new government after last month’s long-awaited reshuffle.

New Prime Minister Elisabeth Borne has yet to make an impact, and a major radio interview Tuesday was dominated by an exchange with a disabled caller who was left in tears after the premier suggested she should try to find work.

Meanwhile, the French left has moved on from the disunity that saw it fail to make the presidential election run-off by forming the Nupes alliance, which groups Melenchon’s hard-left France Unbowed party, the Socialists, Greens and Communists.

Polls show that it is mounting an increasingly serious challenge to Macron’s alliance, though the two-round system and a high abstention rate, predicted to reach record levels of well over 50 percent, could play into the hands of the president.

Polls project that the Together alliance and Nupes will be neck-and-neck in terms of the popular vote on around 28 percent in the first round, though this figure is quite distinct from the final seat breakdown.

“But now they have seriously lowered their ambitions… Even a defeat, unthinkable several weeks ago, is now considered not impossible at the Elysee,” it said.

Macron has made clear that ministers who are standing in the election — including Borne, who is making her first attempt at winning a seat — will have to step down if they lose.

Of the 577 deputies in the National Assembly, eight represent France’s overseas territories and 11 account for French nationals living abroad. Macron’s party and his allies currently hold an absolute majority of 345 seats.

The latest poll by Ipsos projects that Macron’s alliance would win 275 to 315 seats, meaning it is by no means assured of an absolute majority, for which 289 seats are needed.

“Projecting seats is a perilous exercise at this stage,” said the managing director of Ipsos France, Brice Teinturier.

“An absolute majority (for Together) is not assured but the presidential majority does have a certain margin” that will play to its advantage in the second round.

Under France’s system, a candidate needs over half of the vote on the day as well as the backing of at least 25 percent of registered voters in a constituency to be elected outright in the first round.

Otherwise the top two candidates in a constituency, as well as any other candidate who won the backing of at least 12.5 percent of registered voters, will go forward to the second round, where the candidate with the most votes wins.

The first round of voting for French living abroad took place early, with results published Monday showing Macron’s candidates finishing top in eight out of the 11 constituencies as expected, but Nupes’ candidates making major gains compared with the last parliament election in 2017.