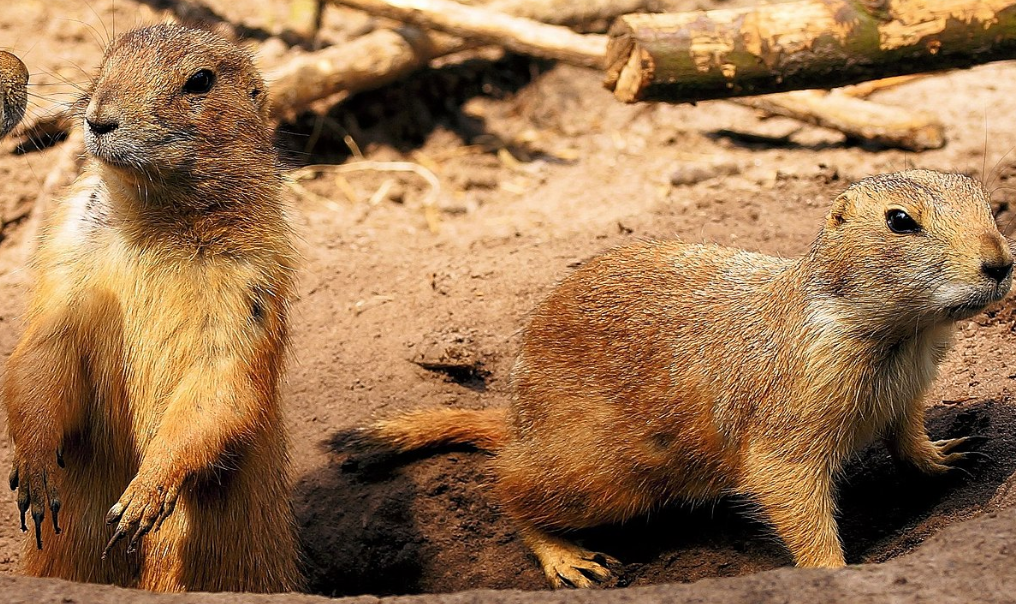 In 2003, imported African rodents passed monkeypox to some caged prairie dogs in Illinois, causing that outbreak. There are fears the monkeypox could take hold in wild animal reservoirs.
Credit – Adeletron, Public Domain

“The risk of monkeypox becoming established in non-endemic countries is real,” he said at a briefing in Geneva, according to NBC News.

While today’s outbreak has affected more people outside of Africa, and on many continents, like the 2003 episode in the US Midwest, today’s surge has raised the possibility monkeypox virus could take up permanent residence in wildlife outside of Africa, forming a reservoir that could lead to repeated human outbreaks.

WHO is concerned that if outbreaks of the virus are not contained and it gains a foothold in new regions, it could simmer indefinitely at low levels. It is also possible the virus could reach epidemic proportions in some places.

“As you keep moving forward into the future and more and more individuals become infected, you do start to worry,” said Amira Albert Roess, a professor of global health and epidemiology at George Mason University. “Is this going to become something that is just going to keep on moving from person to person and then we will not be able to control it?”

It would take multiple epidemics worldwide to constitute a pandemic, but WHO leaders and disease experts agree it’s not too late to reverse the trend.

“There’s still a window of opportunity to prevent the onward spread of monkeypox in those at highest risk right now,” Dr. Rosamund Lewis, the WHO’s technical lead on monkeypox, said at the briefing.

While there are more than 1,300 cases of monkeypox worldwide today, for the most part, it’s been pretty manageable: Affected people get clusters of small, painful bumps or blisters, often in the genital area after sexual contact, which are accompanied by fever and lymph node swelling.

The skin rash most people get due to monkeypox infection can be very painful, in some cases requiring hospitalization just to control the discomfort. But what makes monkeypox dangerous is when the virus disseminates to organ systems beyond the skin, said Andrea McCollum, an epidemiologist at the Center for Disease Control’s poxvirus and rabies branch.

The 2003 outbreak was a close call

There is now concern that the monkeypox can be spread through sexual contact and close contact with infected bedding, the rash, itself, and droplets in the air. This did not happen in the Midwestern U.S. outbreak in 2003.

The cause of the 2003 outbreak was traced to 762 Gambian pouched rats and dormice imported into the United States by an exotic animal importer in Texas.

The rodents were shipped from Texas to an Illinois distributor, who housed them with prairie dogs. The prairie dogs picked up the virus from the imported animals.

A total of 71 people were infected with the monkeypox, with all cases involving direct contact with infected prairie dogs. No human-to-human transmission was found during this outbreak.

“We narrowly escaped having monkeypox establish itself in a wild animal population” in North America, suggests Anne Rimoin, an epidemiologist at the University of California, Los Angeles, who long has studied the disease in the Democratic Republic of the Congo (DRC), according to Science.org.

The possibility that humans infected with the monkeypox virus will spread it to wildlife outside of Africa “warrants serious concern,” says William Karesh, a veterinarian at the EcoHealth Alliance

Viruses frequently ping-pong between humans and other species. Although COVID-19 is widely thought to have resulted from SARS-CoV-2 jumping from a bat or other host into people, humans have, in “reverse zoonoses,” also infected white-tailed deer, minks, cats, and dogs with the virus.

If the monkeypox outbreak is not contained, the virus has an unprecedented opportunity to establish itself in non-African species which could infect humans and provide a greater opportunity for more dangerous variants to evolve.

“Monkeypox reservoirs in wild animals outside of Africa is a scary scenario,” says Bertram Jacobs, a virologist at Arizona State University (ASU), Tempe.

All human cases since the first one was reported in 1970, in the DRC (then Zaire), could be tied to the virus spilling over from animals in Africa.