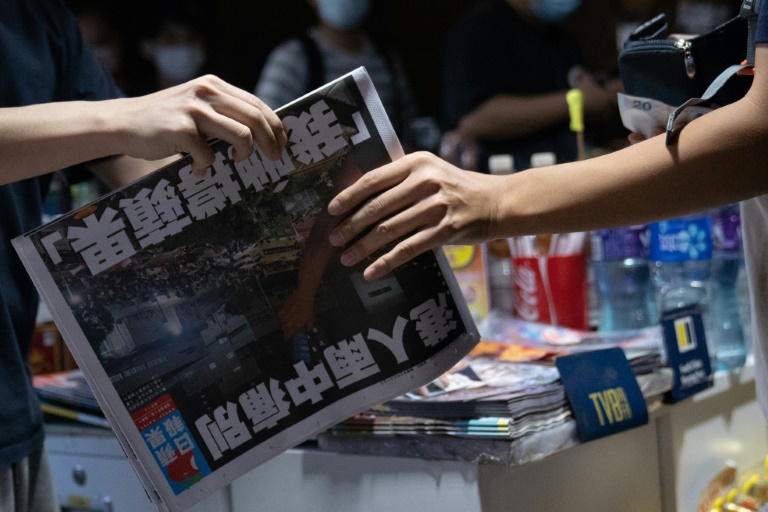 The Taiwan edition of Hong Kong’s Apple Daily newspaper has found a buyer which would retain most of its staff, the firm said Wednesday, pledging to continue to “speak out against any injustice”.

Popular news outlet Apply Daily shut down in Hong Kong last year after its newsroom was raided and assets frozen under a sweeping national security law Beijing imposed on the Chinese city to clamp down on dissent.

Its Taiwanese edition has continued to operate as a financially independent subsidiary but ceased print publications last May, 18 years after it was founded by now-jailed Hong Kong media tycoon Jimmy Lai.

Taiwan’s Apple Daily said in a statement on its website Wednesday that it has “completed a handover” and will announce the buyer later.

“Most of our colleagues will be transferred to the new employer and be safely retained,” said Ip Yut-kin, the legal representative for the Taiwan subsidiary, in the statement, adding that he would serve as the “honorary chairman.”

“Looking back on the past year, our Hong Kong headquarters was faced with an unprecedented storm in the history of global news,” the statement said.

It added that after the assets for Hong Kong’s Apple Daily were frozen, the Taiwan edition had its funds cut off.

“The original intention of Apple Daily cannot be forgotten. It will always speak out against any injustice for its readers,” it said.

Last year, the Hong Kong government made the rare move of applying to dissolve the paper’s parent company Next Digital, saying it would be “expedient in the public interest”.

The High Court granted the government’s request in December after a brief hearing that was not contested by the company.

Authorities have moved to rein in press freedoms in Hong Kong as Beijing remoulds the city in its own image, following huge and sometimes violent democracy protests in 2019.

National security charges have been brought against Lai and six former senior executives of Apple Daily.