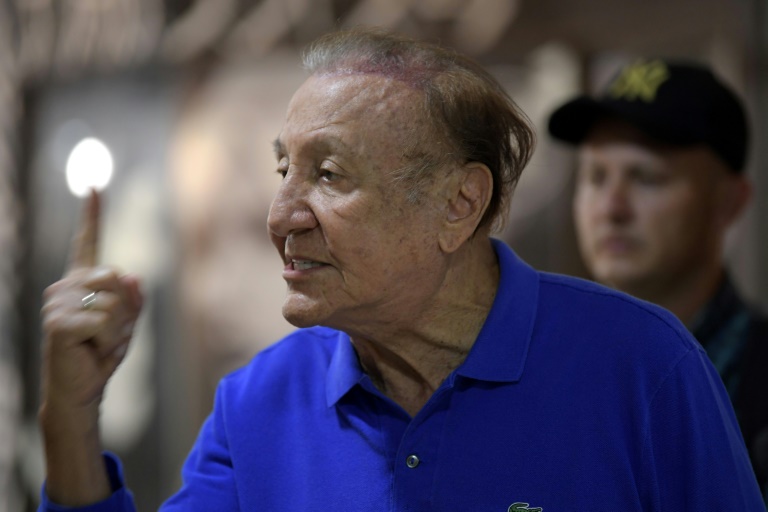 In October 2015, volunteers flooded an impoverished neighborhood of Bucaramanga in northeast Colombia with thousands of pamphlets promising free houses if Rodolfo Hernandez, a millionnaire engineer, were elected mayor.

He won the election, but the free houses never came. Now, Hernandez is running for his country’s top job.

“Rodolfo came here with pure lies. And now he wants to be president?” said Paulina Figueroa, a housewife in the targeted neighborhood, El Pablon, shaking her head.

She still holds on to Hernandez’s pamphlet, but told AFP that instead of getting a house, she had to take out a loan, which she pays off with half her meager monthly income, to build herself a shack of wood and zinc.

“Just another unfulfilled promise by a cheap politician,” added 57-year-old community leader Jaime Nunez, who received the same flyer and voted for Hernandez but continues to pay rent for squalid, crowded lodgings.

Despite failing to deliver on his ambitious promise, Hernandez remains popular among many in Bucaramanga, admired for his brashness and for building sports stadiums in poor areas during his 2016-2019 term.

He donated his mayoral salary to social causes and lived from his self-stated fortune of $100 million.

Hernandez was suspended as mayor for intervening in local elections, and resigned shortly before the end of his term.

In the rest of the country, he is known for another act as mayor: slapping an opposition councilman during a disagreement on camera.

Photos of a smiling Hernandez adorn many walls, cars and even restaurants in Bucaramanga.

“Rodolfo faced a corrupt political class that had practically enslaved the city, and defeated it. That’s why people love him,” said Felix Jaimes, a fellow engineer who was Hernandez’s mayoral adviser.

When Hernandez won the mayorship, he unseated a political class that had governed for decades with his anti-elite stance and promises of social upliftment.

He now aims to do the same with the Colombian presidency.

Hernandez, who goes by the moniker “The Engineer,” made a surprise second-place finish in a first round of voting on May 29.

He will face leftist Gustavo Petro in a runoff on June 19.

Opinion polls show a tie between the two men, despite Petro having been by far the favorite ahead of the first round and Hernandez a distant third.

Jaimes claimed the Bucaramanga city council, where Hernandez had no political majority, blocked his plan to deliver 20,000 free homes.

But not everyone is convinced about The Engineer’s good intentions.

In a folder, retired army sergeant Saul Ortiz carries evidence of what he calls a “scam” against hundreds of military families who bought into a housing construction project run by a Hernandez company, before he was mayor.

Ortiz told AFP that in 1995, he began to pay off a house in Bucaramanga, but claimed that over time, the company charged him about 30 percent more than the initial price.

“The majority of homeowners lost their homes as they were unable to pay this overcharge,” he said.

Ortiz said he was one of a few to obtain relief from the courts and get the excess payments back. He showed AFP documents backing his claims.

But his house flooded in 2005, the project having been constructed too close to the riverbed, he said — another allegation for which he holds documented proof.

“The neighborhood was completely flooded, there was tons of mud, cars were damaged; people lost everything… they did not compensate us,” he said.

Containment walls are now being constructed at the state’s expense.

Hernandez “is not who he claims to be… he is just another corrupt politician, one of those who have Colombia mired in poverty,” said Ortiz.

Hernandez has focused his campaign largely on combating poverty, which affects some 39 percent of Colombia’s 50 million people.

He has vowed not to raise taxes, to cut VAT from 19 to 10 percent and to boost social spending by shrinking bureaucracy.

Hernandez blames government corruption for much of Colombia’s deep-seated economic inequality, but is himself under investigation for “undue benefits” given to third parties when he was mayor.

Despite his checkered past, Hernandez appears to have a real shot at the presidency, with traditional parties throwing their weight behind him to defeat Petro in a country deeply suspicious of the political left.

Unlike Petro, Hernandez has made no campaign tours and gives no public speeches.

Instead, the self-proclaimed “King of TikTok” speaks directly to his electorate via the social media platform — where he has almost 600,000 followers — and Facebook broadcasts.