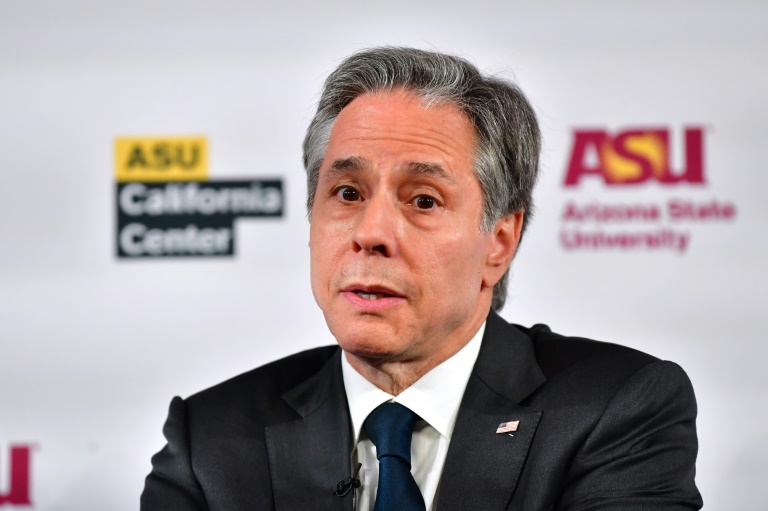 US Secretary of State Antony Blinken promised Tuesday to pursue accountability over the killing of journalist Shireen Abu Akleh wherever facts lead, amid heated dispute between Israeli and Palestinian authorities on how she died.

The well-known Al Jazeera journalist, a Palestinian-American, was killed on May 11 as she was covering an Israeli army operation in the Jenin camp in the north of the West Bank.

Appearing at a forum for student journalists on the sidelines of a Latin America summit in Los Angeles, Blinken was confronted by a a question on why there have been “absolutely no repercussions” for Israel, a historic US ally.

“I’m sorry, with respect, they have not yet been established,” Blinken said of the facts behind the case.

“We are looking for an independent, credible investigation. When that investigation happens, we will follow the facts, wherever they lead. It’s as straightforward as that,” he said.

Blinken, who has spoken to her family, said: “I deplore the loss of Shireen. She was a remarkable journalist, an American citizen.”

A Palestinian probe said that an Israeli soldier shot her dead in what it described as a war crime. A CNN report, quoting witnesses, also said that she appeared to have been killed in a targeted attack by Israeli forces.

Israel has angrily denied the allegations and said it is investigating, while asking the Palestinians to take part in a joint probe.

Israeli authorities have countered that Abu Akleh could have been killed by stray fire from a Palestinian gunman in the area or mistakenly by an Israeli soldier.

Dozens of lawmakers from Blinken’s Democratic Party have called on the FBI to lead an investigation to seek an impartial finding into her death.