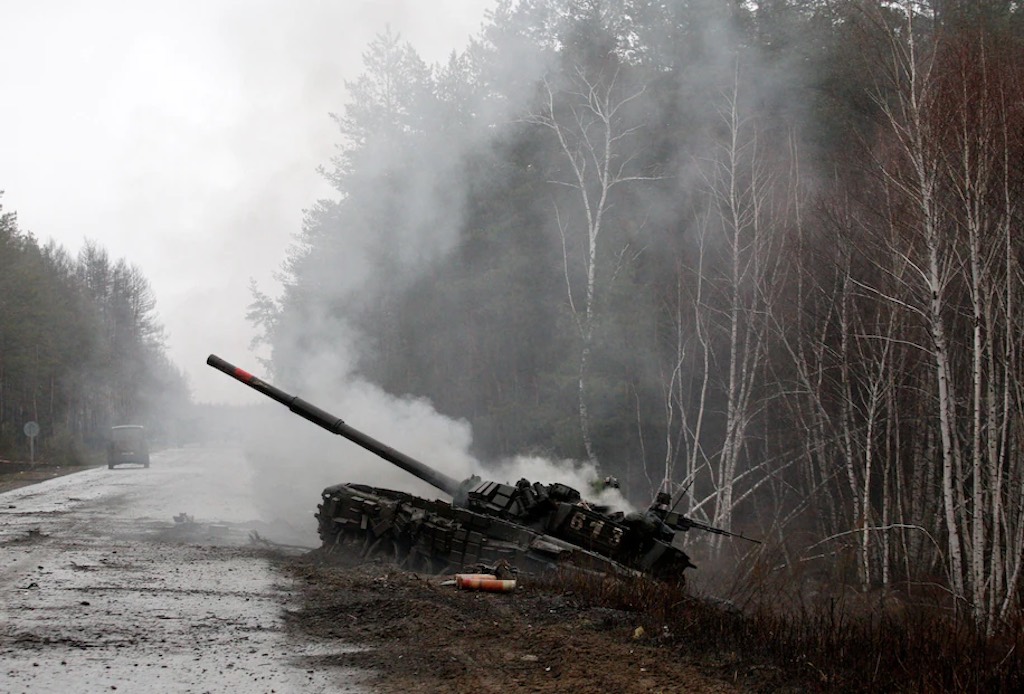 Propaganda is part of any war. It’s often pure fiction. The stories about Russia in the West are almost entirely negative, as you’d expect. Information from non-partisan sources, however, is painting a much grimmer picture of Russian realities. As the war grinds on, the backstory is sounding much more ominous.

If Putin is sick, Russia is a lot sicker, and at fundamental, truly, not fictional, existential levels. The image of the Russian military is just the smell of decay;  the decay, however, is entrenched in the bones, the structure.

Russia is looking like its own worst enemy in so many ways. The Ukraine war is an unmitigated disaster. Russia won’t be able to hold any of the territories it’s taken with what’s left of its functional forces. You can “mobilize” all you want; send a few more kids to slaughter, it won’t work. Western aid will continue to roll in, with or without threats and being targeted. Russia simply can’t stop every shipment.

The economic balancing act isn’t going to stay stable for long. Paying to keep Russia running isn’t cheap. You can see the rather selective news about an extra $14 billion from oil sales, but that wouldn’t pay the basics for Russia’s upkeep for a day. It certainly wouldn’t pay for the amount skimmed by the oligarchs.

The rouble went up thanks largely to a 100% rise in bond rates. The rouble’s pre-war history was one of sharp rises and nosedives. The current situation is stable-ish, but not likely to last despite some creative work by the Russian Finance Ministry. That’s not sustainable for any length of time, particularly when revenue is tanking and likely to take ongoing massive hits due to loss of access to markets both ways in and out of Russia.

The news about food supplies is indicative and very double-edged. Some people think Russia is “winning” the food war. Guess again. Food will be the next big thing. Russia’s export market is now paying top dollar for food. So no prizes for guessing where that Russian food will be going. Not to the Russians, certainly.

Corruption comes with the daylight in Russia. It’s a daily event, and you can safely assume the military isn’t the only beneficiary of this level of criminality. The Russians are well aware of this. The Russian military actually cited many of the issues with defective equipment, salaries, “ghost” soldiers, etc. before the Ukraine war. Nothing at all was done about it.

The war itself is creating a vacuum in Russia. People are leaving, quietly but in bigger numbers over time. It’s hard to breathe in a vacuum. Russian refugees since February are mainly higher-bracket workers.

The decay is systemic

In the past, Russian soldiers were very much treated like cattle. They’d literally be sent into battle without weapons and told to pick up weapons from the dead and wounded as they attacked. Casualties weren’t an issue even during the Napoleonic wars. It’s an expired cultural myth now, but there’s a big difference now.

Now, suiting up people as “Russian soldiers” is worth plenty of money on multiple levels. It’s not just buying lousy knockdown equipment. It’s now buying actual Russian people. In a country where corruption is the norm, that’s not good news for Russians.

The net result is a privatized, criminalized, army. There’s a huge amount of money to be made. According to some sources, people were simply rounded up in Rostov, just over the border, put in uniforms, and people obviously made a killing in more ways than one.

The quickest way to get this very blurry picture is a video by “Military History Not Visualized” a YouTube channel I regularly watch. Bernhard, the presenter, really hit the jackpot with his guest in the video How did we get Russia so wrong?, a Bulgarian analyst called Sanimir Dobrev. Dobrev goes through the hideous process of Russian military problems very clearly.

The picture he paints is catastrophic. This isn’t an “army” in any sense of the word in so many ways. It’s a money-making exercise for oligarchs and criminals. Conscripts are cheap; therefore people pulled off the street in Rostov are cheaper. The money goes to the recruiters, and the “troops” don’t get paid or get paid virtually nothing. Meanwhile they get abused by criminals and thugs. It’s a sort of Russian national sport.

The actual military situation isn’t even a topic for discussion, by law. Russian officers are accused of never going on ops on a routine basis. Senior command are called idiots by junior command like discussing the weather. Total military failures lead to more total military failures. Nothing much, if anything, is done about any of it. It’s the ideal environment for making lots of money.

Everyone else, particularly the associated criminals, seems to do pretty well, though. The Wagner Group, the pro-Putin Kadryov Chechen troops, and others seem to get paid a lot better than the Russians. Africans are bragging about signing up for the Ukraine war for $1000, which is more than the Russians get paid.

Of course, it doesn’t really cost that much to put Russians in uniform. They get killed anyway, so you don’t even have to pretend to pay them. You just go and get some more and get paid for them, too. Then there’s the “Sorry, you’re not on the payroll list” story for young, easy-beat-up Private Ivan Anonymousovich Durak, the most likely scenario. (“Durak” is Russian for “fool”.) As a case of fraud, the war really is on a huge scale.

This is a truly privatized military by intent and by default, and it’s totally dysfunctional for the obvious and less obvious reasons. The entire logistics continuum is contaminated with exactly the same practices from acquisition to deployment.

Take this love letter to global fraudsters a single step further. None of this could happen without knowledge at the highest levels. The absolute massacre of Russian troops is basically a cottage industry.

These troops aren’t even cannon fodder. They’re a traded commodity.

Oil and gas wearing uniforms, and perhaps about as profitable.

That’s what the West is continuing to get wrong about this war. The decay is the system. There is no “Russia” as such anymore. Just guys in nice offices making billions doing business.

It’s the Great Anti-Patriotic War. It’s being conducted as usual at the expense of the Russian people and their kids. Set up a funeral parlor and you’ll make lots of money if anyone can afford the burials.