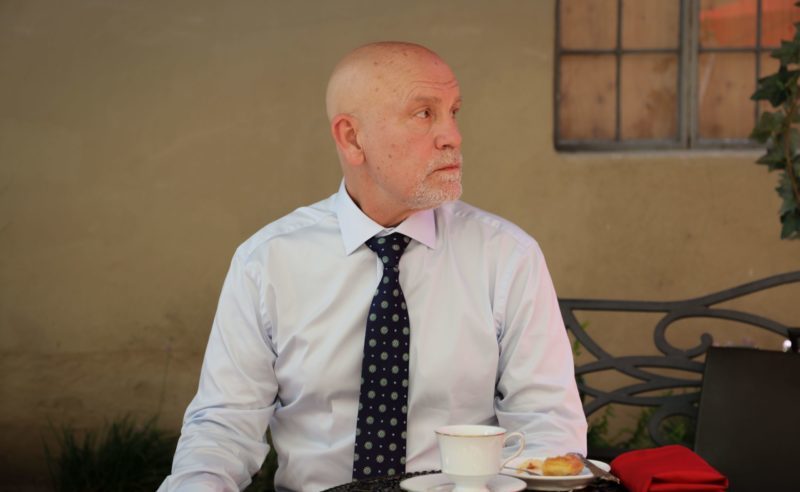 The new action film “White Elephant” was released in theaters and streaming on AMC+ on Friday, June 3, 2022, via RLJE Films.

When an assassination attempt is witnessed by two cops, Gabriel Tancredi, an ex-marine turned mob enforcer (Michael Rooker), is ordered by his ruthless mob boss Arnold (Bruce Willis) to eliminate any and all threats.

With an eager underling out to prove himself, rival gangs making moves, and a rising body count, every step Tancredi makes threatens lives…including his own.

Michael Rooker steals every scene he is in as Gabriel, and Vadhir Derbez showcases his sense of redemption in the movie as Carlos. Olga Kurylenko and John Malkovich are also memorable, and it was neat that this was one of Bruce Willis’ final acting projects.

The trailer for “White Elephant” may be seen below.

Overall, White Elephant” is a high-adrenaline and vivacious film by director Jesse V. Johnson. Michael Rooker is a true force of nature, and compliments to the entire cast for their solid performances and for sustaining the audience’s attention throughout several distinct storylines that are taking place simultaneously.

“White Elephant” is worth checking out, especially for fans of thrillers, mysteries, action, and suspense.