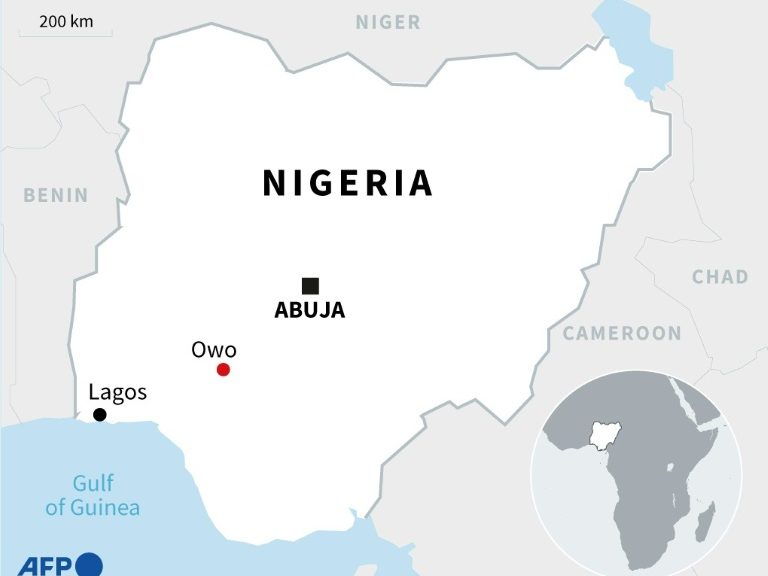 Violence at St. Francis Catholic Church in Owo town erupted during the morning service in a rare attack in the southwest of Nigeria – Copyright POOL/AFP Frank Augstein

Gunmen with explosives stormed a Catholic church and opened fire in southwest Nigeria’s Ondo state on Sunday, killing “many” worshippers and wounding others, the government and police said.

The violence at St. Francis Catholic Church in Owo town erupted during the morning service in a rare attack in the southwest of Nigeria, where jihadists and criminal gangs operate in other parts of the country.

Pope Francis said in a statement he had learned of the “death of dozens of faithful”, many children, during the celebration of the Christian holiday of the Pentecost.

“While the details of the incident are being clarified, Pope Francis prays for the victims and for the country,” he added.

No group claimed responsibility for the attack.

The motives and the exact death toll were not immediately clear, but President Muhammadu Buhari condemned the “heinous killing of worshippers”.

“It’s still premature to say exactly how many people were killed. But many worshippers lost their lives while others were injured in the attack,” she told AFP.

A witness, who gave his name as Abayomi, told AFP at least 20 worshippers had died in the attack.

“I was passing through the area when I heard a loud explosion and gunshots inside the church,” he said.

He said he saw at least five gunmen on the church premises before he ran away for safety.

Ondo State Governor Oluwarotimi Akeredolu said in a statement it was a “vile and satanic attack” and appealed to the security forces to track down the assailants.

Gun and bomb attacks are rare in Ondo state and other parts of the southwest, but Nigeria’s military is battling a 12-year-old jihadist insurgency in the northeast, gangs in the northwest and separatist agitation in the southeast.

Parts of northwest and north-central Nigeria have been increasingly plagued by heavily armed gangs who raid villages and target communities and schools for mass kidnapping attacks.