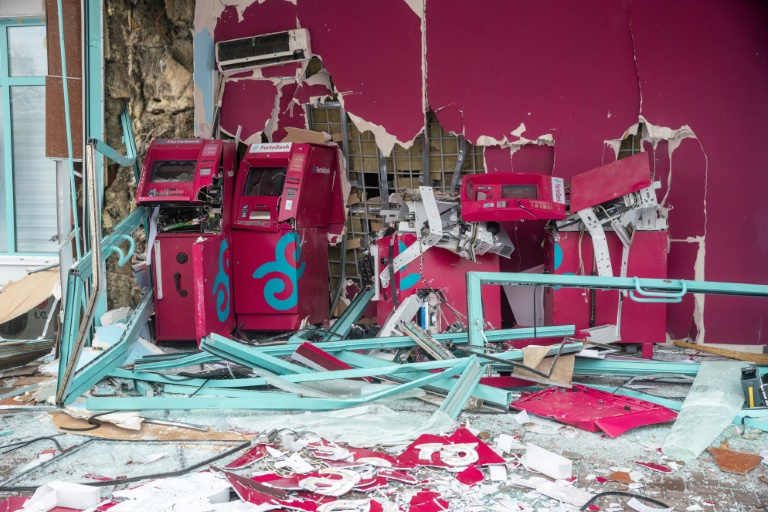 The bloodshed, which grew out of peaceful protests over a spike in car fuel prices — left more than 230 people dead and prompted authorities to call in troops from a Russia-led security bloc.

The drive for a “New Kazakhstan” in the wake of the violence has come from the man that Nazarbayev hand-picked to replace him as president in 2019, Kassym-Jomart Tokayev.

Tokayev, 69, describes the snap referendum as a shift from “super-presidential” rule that will strengthen parliament.

But it is the absence of special privileges for 81-year-old Nazarbayev that is the most eye-catching change to the constitution.

Prior to January’s crisis, Tokayev was widely seen as ruling in the shadow of Nazarbayev and his super-rich relatives.

Even after stepping down as president, Nazarbayev retained the constitutional title of “Elbasy”, or “Leader of the Nation” — a role that afforded him influence over policymaking regardless of his formal position.

The new constitution does away with that status.

Another amendment prevents relatives of the president from holding government positions — a clear nod to the influence of Nazarbayev’s family and in-laws, who lost powerful positions in the aftermath of the violence.

Alnur Ilyashev, a long-time government critic, told AFP that the plebiscite is an attempt to “legitimise” Tokayev in the aftermath of the bloodshed and “formalise the retirement” of his predecessor.

The amendments were drafted “without the participation of protest-oriented civil society or authoritative human rights activists,” said Ilyashev, based in the largest city Almaty.

Despite a government push to sell the changes, voters appear ambivalent about the referendum that seeks to amend around a third of the constitution’s articles.

Gulsara, 31, an Almaty cleaner, said she would vote for the constitution despite believing that the oil-rich government was failing in its pledge to raise living standards.

“They say the vote is about justice but there is never any justice here,” she told AFP.

In the capital, whose renaming to “Nur-Sultan” marked the peak of Nazarbayev’s personality cult, 40-year-old construction manager Meirambek said he had not studied the amendments but would vote for them.

“It will take time for (government) to overcome pessimism. But I think things will get better,” he said.

The constitution is almost certain to pass, and there has been no visible “no” campaign.

Polling stations in the west will close an hour later, at 1500 GMT.

Kazakhstan’s New Year crisis remains poorly understood, with a days-long Internet shutdown at the peak of the unrest helping to further obscure the events.

Protests stirred in the oil-producing west over a New Year fuel price hike, but it was Almaty — 2,000 kilometres away — that became the epicentre of armed clashes, looting and arson.

Nur-Sultan, which was called Astana prior to 2019, remained largely untouched.

Tokayev blamed the violence on “terrorists” seeking to seize power and issued a “shoot to kill” order to Kazakh troops.

But the arrest on treason charges of a Nazarbayev ally who served as national security chief at the time fuelled speculation that a leadership struggle was at the heart of the violence.

After stability was restored, Tokayev criticised Nazarbayev for allowing inequality to fester, while crediting his mentor’s state-building achievements.

Both former and current presidents are allies of neighbouring Russia, and the arrival of a 2,000-plus detachment of peacekeepers from a Moscow-led security bloc bolstered Tokayev’s control over the situation in January.

The Kremlin claimed the intervention requested by Tokayev did not extend to any political settlement, which was “the internal affair of Kazakhstan”.

Nazarbayev has made few public appearances since the crisis but gave a rare interview published on Monday in which he pledged support for Tokayev and the constitutional changes.

He added that his relatives should be “held accountable” if they committed crimes, but were entitled to a fair trial — an apparent reference to nephew Kairat Satybaldy, a businessman presently detained on embezzlement charges.