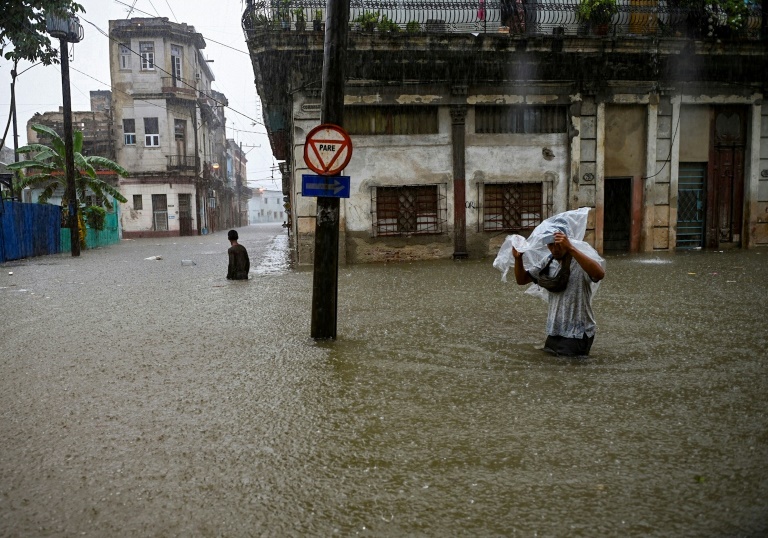 Heavy rains from the remnants of Hurricane Agatha flooded much of western Cuba on Friday, killing at least three people in Havana.

Thousands of residents in the region lost power and a man in Pinar del Rio province also was missing, Cuban officials said.

“Strong, heavy rain and electrical storms have been affecting the western and central regions of Cuba with accumulations greater than 200 millimeters (eight inches), which will continue for the rest of today and tomorrow, Saturday,” the Cuban Weather Office (INSMET) said.

A 44-year-old man, initially thought missing, was found dead Friday evening in the western province of Pinar del Rio after falling into a stream, according to local news site CubaDebate.

They also reported the disappearance of another person in the region.

Agatha had crashed into southern Mexico with the potential to redevelop as a tropical storm in the Atlantic, the Miami-based US National Hurricane Center had said.

With parts of the capital flooding, state media images showed rescuers in areas of central Havana evacuating people in canoes.

Nearly 2,000 people have decided to evacuate their homes, authorities say, while about 50,000 customers in the province of Havana are without electricity.

“People are almost waist-deep in water,” said Luis Antonio Torres, first secretary of the Communist Party of Cuba (PPC) in the capital.

He had visited the municipality of Cerro, one of the most damaged areas, where at least one bridge fell and floodwaters seeped into some homes.

The Atlantic hurricane season begins each year on June 1 and ends on November 30, for the North Atlantic, the Gulf of Mexico and the Caribbean.