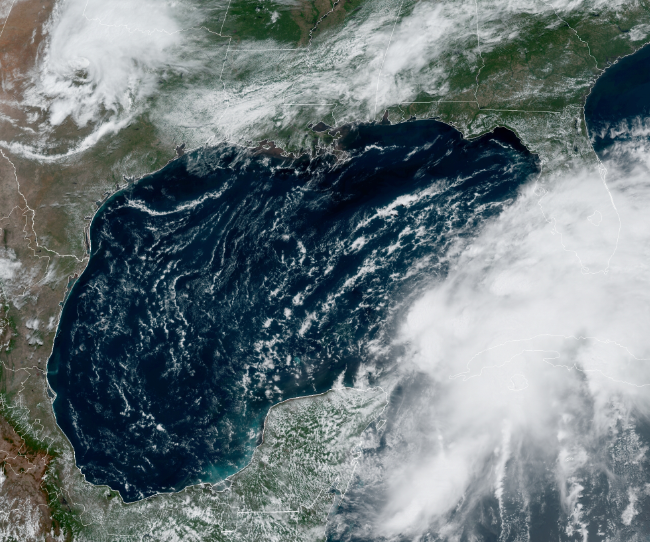 Potential Tropical Cyclone One could turn into Tropical Storm Alex before hitting Florida on Saturday. For the storm to be christened Alex, the system will need to develop a well-defined center, the hurricane center said.

At the last update, The National Hurricane Center put the disturbance about 430 miles (690 kilometers) southwest of Fort Myers, Florida, with maximum sustained winds of 40 mph (65 kph), along with higher gusts.

Potential Tropical Cyclone One is moving toward the northeast at a leisurely 5 mph (7 kph), with this general direction expected to remain about the same, although there will be an increase in its forward speed later today.

On the forecast track, the storm will move across the southeastern Gulf of Mexico through tonight, the southern and central part of the Florida peninsula on Saturday, and then, across the southwestern Atlantic north of the northwestern Bahamas Saturday night through Sunday.

“Whether the storm organizes or not, a significant flood event is possible across south Florida and the Keys,” CNN meteorologist Chad Myers says. “It is too early to say where the heaviest rainfall will be because it isn’t even a storm yet, but models are indicating that 12 to 16 inches of rain are possible in the worst areas.”

“There is still some variability on how this system will track, but heavy precipitation capable of scattered to numerous flash flooding is certainly plausible through southern Florida and into the Keys,” the Weather Prediction Center (WPC) said Thursday morning.

Forecasters warn motorists and pedestrians should seek alternative routes in locations that are prone to flooding during times of heavy rain. Up to a foot of rain is expected in Miami, with wind gusts topping out at 50 mph and a storm surge of 1 to 2 feet.