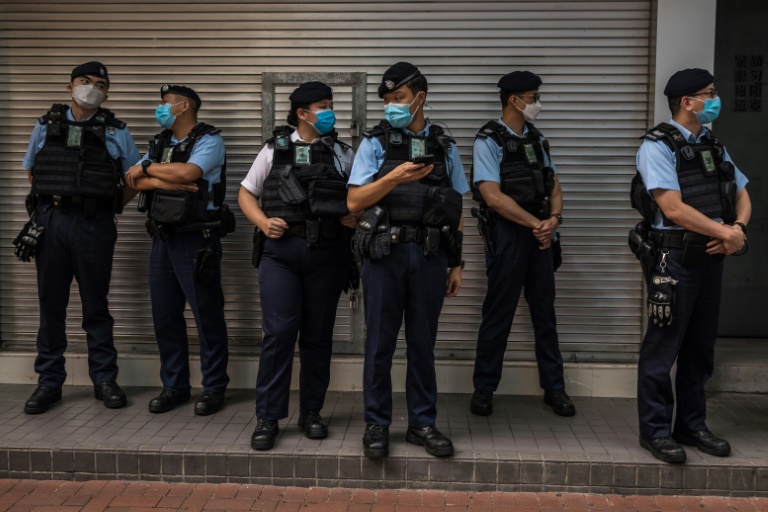 Hong Kong police said on Friday that they will close large parts of Victoria Park, once the site of packed annual candlelight vigils to commemorate China’s Tiananmen crackdown, on the eve of the event’s 33rd anniversary.

The announcement came a day after authorities warned people that going to the park on June 4 — even alone — could put them at risk of breaking the law.

In the past, huge crowds would routinely gather in the large public space to pay tribute to victims of the Chinese government’s 1989 clampdown, when soldiers brutally quashed peaceful demonstrations demanding political and economic reform.

Public commemorations are all but forbidden on the mainland and, until recently, semi-autonomous Hong Kong was the one place in China where large-scale remembrance was still tolerated.

That has changed since Beijing imposed a wide-reaching national security law two years ago, in reaction to citywide pro-democracy protests.

Hong Kong authorities said Friday that most gathering spaces in the park — including the football pitches used for the candlelight vigil in previous years — will be closed between Friday night and the early hours of Sunday.

The decision was made “in order to prevent any unauthorised assemblies in the park which affect public safety and public order, and the chance of a virus spread due to such gatherings”, a spokesperson said.

The vigil had been banned in both 2020 and 2021 as well, with police citing a ban on gatherings under anti-coronavirus rules.

All major organisers of Hong Kong’s Tiananmen events have suspended their efforts this year, but police claimed there were still calls for people to join gatherings at the park and in surrounding areas.

On Thursday, police warned against public gatherings on June 4, saying that people risked committing the crime of “unlawful assembly” even if they go solo.

The imposition of the security law has swiftly driven Tiananmen commemoration underground.

The Hong Kong Alliance, one of the main organisers of the Victoria Park vigil, disbanded last September and its leaders are being prosecuted for subversion.

Jailed former alliance leader Lee Cheuk-yan said in a letter that he planned to fast on June 4, and that he would light a match and sing commemorative songs in his jail cell.

“I believe that Hong Kongers will join me in commemorating June 4 as a matter of sincere belief, using their own ways to express their remembrance and their commitment to democracy,” Lee wrote in a letter published online on Friday.

In the neighbouring city of Macau, former opposition lawmaker Au Kam-san said democrats will not hold a Tiananmen vigil this year due to the “worsening environment in Macau politics”, adding that a historical exhibition will also be cancelled.

Au said he will light a candle on June 4 and broadcast it live on Facebook as a sign of his perseverance.