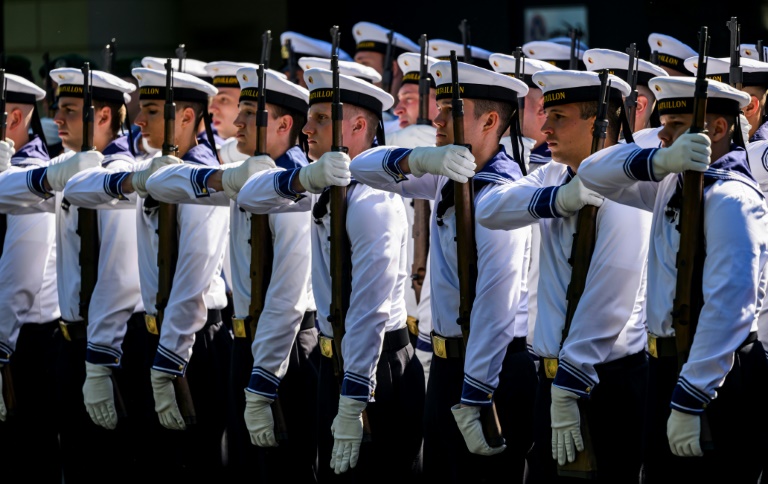 The German parliament voted on Friday for a constitutional amendment to create a 100-billion-euro ($107-billion) fund beefing up its military defences in the face of an emboldened Russia.

Deputies of the Bundestag lower house approved the measure 567 votes to 96 with 20 abstentions after the centre-left-led government and the conservative opposition reached a deal on Sunday.

The watershed move answers years of criticism from close allies that Berlin was failing to achieve NATO’s target of spending two percent of GDP on defence.

The Bundesrat upper house must still approve the measure.

“This is the moment in which Germany says we are there when Europe needs us,” Foreign Minister Annalena Baerbock of the Green party told MPs.

Three days after the Russian invasion of Ukraine in February, Chancellor Olaf Scholz pledged a special budget of 100 billion euros to rearm the German military and modernise its outdated equipment over the next few years.

But critics have since accused Scholz of timidity in his support for Kyiv and failing to take enough concrete action in terms of arms deliveries.

The agreement will allow Berlin to achieve NATO’s target of spending 2.0 percent of GDP on defence “on average over several years”.

Russia blasted the move on Friday, accusing Germany of “remilitarising” and using language that summoned up its Nazi past.

“We take that as another confirmation that Berlin is on the path to a new re-militarisation,” said Russian foreign ministry spokeswoman Maria Zakharova. “We know only too well how that can end.”

It appeared to be a reference to Nazi Germany’s re-armament programme in the 1930s under Adolf Hitler that plunged the world into war.

The bulk of the German investment — 40.9 billion euros — will go toward the air force with the acquisition of 35 US-made F-35 fighter jets, 15 Eurofighter jets and 60 Chinook transport helicopters.

Nearly 20 billion euros will be earmarked for the navy, mainly for new corvettes, frigates and a 212-model submarine.

More than 16 billion euros will beef up the army’s holdings with Marder transport tanks and Fuchs armoured troop carriers.

Scholz said this week that the agreement would “considerably strengthen” the security of Germany and its NATO allies.

“Germany will soon have the largest conventional army in Europe within NATO,” he told local media.

The exceptional fund will be financed by additional debt.

For that it was necessary to circumvent the “debt brake” rule enshrined in the constitution, which caps government borrowing.

This was why the government needed the support of the conservative opposition to muster the two-thirds majority in parliament needed to pass the constitutional amendment.

Fewer than 30 percent of German naval ships were “fully operational” according to a report published December on the state of the military. Many of the country’s fighter aircraft are unfit to fly.