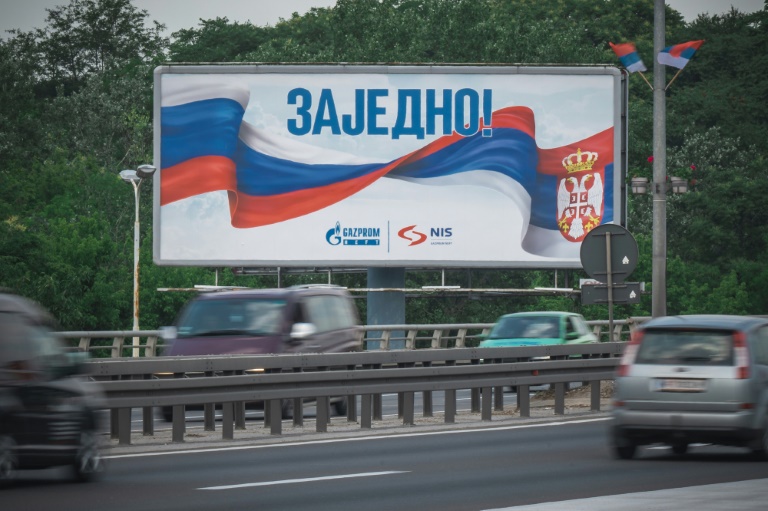 While the European Union scrambles to isolate Russia and reduce energy imports from the country, EU candidate Serbia is tightening its bond with Moscow through a new gas supply deal.

Belgrade has condemned the Russian invasion of Ukraine at the United Nations, but it has refused to take part in sanctions against its old ally, even though Serbia aims to join the EU.

A day before the Europeans agreed to ban most Russian oil imports this week, Belgrade announced a three-year natural gas contract with Moscow, drawing a rebuke from Brussels.

“We will have a safe winter when it comes to gas supply,” the populist leader boasted, adding that in winter, Serbia will pay “one tenth” of the price shelled out by other European countries.

Russia, meanwhile, has cut gas supplies to several EU nations. The bloc aims to reduce gas imports by two-thirds this year, but an embargo is not in the cards so far.

“Candidate countries, including Serbia, are expected to progressively align their policies towards third countries with the policies and positions adopted by the European Union, including with restrictive measures,” Stano said in a statement.

Belgrade officially proclaims EU accession is a priority, but it has consistently shied away from European policies going against Russian interests while pro-government media echo the fierce messages coming from the Kremlin.

Serbian officials have accused Western countries of pressuring Belgrade to impose sanctions against Russia, and some even suggested that the country should drop its EU bid over the issue.

“It’s like they spent the last decade preparing Serbian society not for EU accession, but for an alliance with Moscow,” Srdjan Cvijic, member of The Balkans in Europe Policy Advisory Group (BiEPAG) think tank, told AFP.

According to a recent opinion poll, 40 percent of Serbians said they would be “happy” if their country gave up trying join the EU and formed an alliance with Russia instead.

Goran Vasic, assistant research professor at University of Novi Sad, said there is always a “brotherly clause” in gas prices that “is not in the contract but implies side deals or political concessions.”

Belgrade rejected the notion that cheap gas was the Kremlin’s “reward” for not heeding the calls for sanctions.

“All those who accuse us of not imposing sanctions against Russia because of a gas deal should be ashamed of themselves”, Serbian Prime Minister Ana Brnabic told local media.

“We don’t impose sanctions against Russia out of principle.”

Lavrov told Serbian media that Moscow was “certain that they (Serbians) will continue taking the smart choice in this situation”.

The Russian chief diplomat’s potential trip to Belgrade would be a rare visit to Europe since the February invasion of Ukraine. Moscow has not confirmed the travel plan.

Serbia’s president has underlined the diplomatic importance of Russia’s refusal to allow international recognition of Serbia’s breakaway province of Kosovo and historic, political and cultural ties between Belgrade and Moscow.

But the reality is that there was little room for manoeuver from Belgrade.

The previous gas deal with Russia — which was also well under market price — was about to expire with no viable alternative in near future.

In the last few decades, Serbia gradually allowed Moscow almost complete monopoly over its energy sector by building pipelines solely for Russian gas and selling the majority stake of its oil and gas company (NIS) to Russian energy giant Gazprom.

The 2008 deal, penned only months after Kosovo declared independence, was widely seen as a political concession — allowing Moscow to connect a major European gas pipeline through Serbia in exchange for the Kremlin vetoeing the recognition of Kosovo at the UN.

“It’s obvious that all this time there was a well-organised lobbyist group that has defended the monopoly, and still continues to do so,” Vasic said.