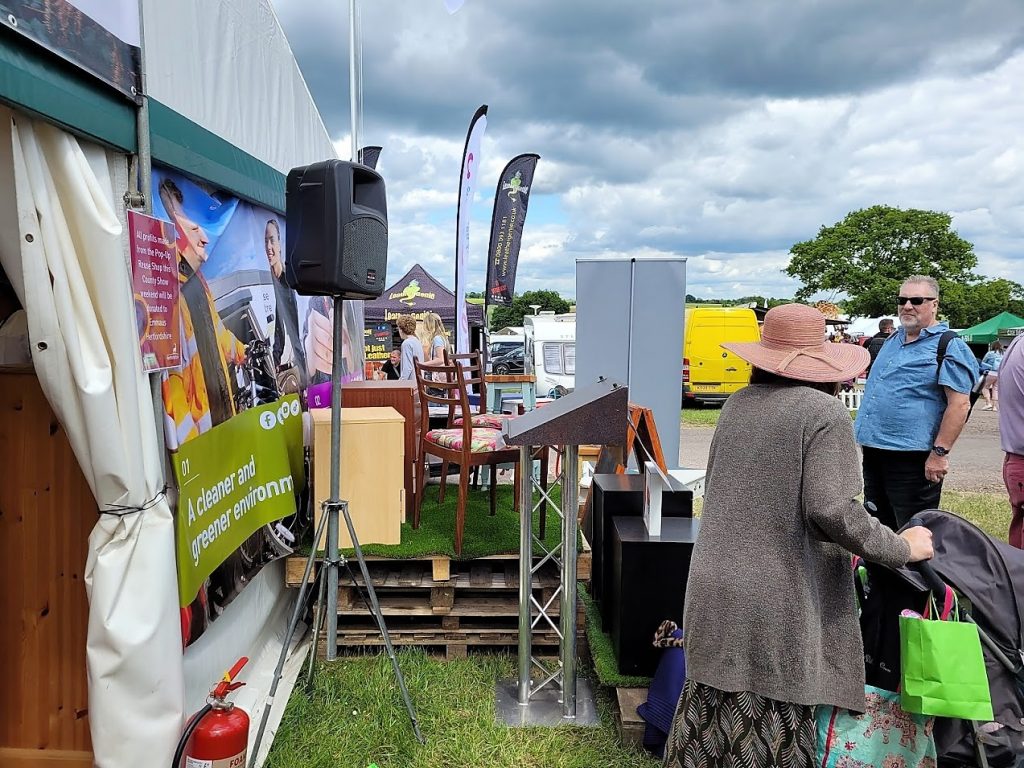 Recycling and reusing furniture. A scheme at the Herts County Show, May 2022. Image by Tim Sandle

Finding ways to counter mass consumption and the build-up of waste by aiding those in need and protecting the environment include schemes that encourage people to recycle goods, especially furniture.

Such schemes have been shown to aid the reduction of pockets of relative poverty and they should help to cut down on the weight of materials that end up in landfill sites.

By dropping off or buying items for reuse, people can:

There are different ways to encourage and promote the recycling philosophy.

One established approach is the Freecycle Network, which is a private, non-profit organization located in the U.S. and also operational in the U.K. and Canada. The organization coordinates a network of “gifting” groups to divert reusable goods from landfills.

In the longer-term, landfills are counterproductive. Landfills can produce objectionable odors and landfill gas can move through soil and collect in nearby buildings. There is also a risk of toxic substances entering the soil and eventually into waterways.

Furthermore, landfills create methane gas, together with the production of carbon dioxide and water vapor, plus trace amounts of oxygen, nitrogen, and hydrogen. These gases contribute to global heating.

This takes the form of an online registry, allowing people to offer free items for reuse or recycling. This promotes the so-called ‘gift economy’. Certainly, acts of mutualism and exchange can help foster alternative economic approaches, ones that contrast with the inherent capitalist dynamic where profit inevitably predominates over environmental concerns.

Hence additional benefits of recycling furniture for others to use include:

As well as contributing to the protection of the environment by recycling materials.

Other schemes make small charges, to cover costs, although the principles of the 3 R’s (reduce, reuse, recycle) are maintained. The phrase ‘Reduce, Reuse, Recycle‘ is often used when to open up discussions about ways for citizens to become more environmentally friendly.

Some schemes are run by local authorities, helping to offer goods to low income households. A secondary aim is to encourage the recycling of perfectly serviceable and usable goods, to cut down on waste and landfill.

The image below is of such a scheme run by Hertfordshire County Council in the U.K.

Through the use of these schemes, especially donating old but usable goods, community members can make a contribution – rethink and recover.