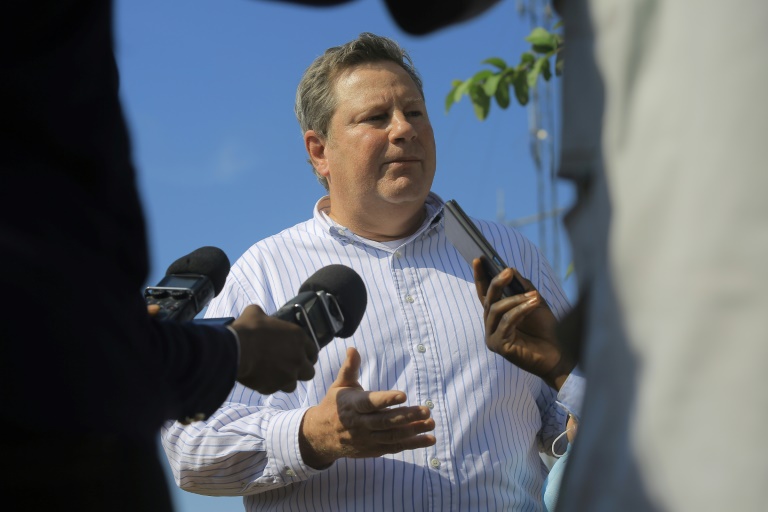 Mike Hammer, seen on a 2020 visit to the Beni region when he was US ambassador to Democratic Republic of Congo, has been named the US envoy for the Horn of Africa – Copyright AFP ARIS MESSINIS

The United States on Wednesday named Mike Hammer, a veteran diplomat known for his frankness and amiability, as envoy for the Horn of Africa with the delicate task of building on Ethiopia’s fragile efforts toward peace.

Hammer was most recently the US ambassador to the Democratic Republic of Congo, where he drew respect and sometimes ire with his outspokenness about the country’s ills.

“I look forward to the energy and vision that Ambassador Hammer will now lend to our efforts in the Horn of Africa,” Secretary of State Antony Blinken said in a statement.

“His appointment underscores our abiding commitment to diplomatic efforts in the region, most urgently in support of an inclusive political process towards peace, common security and prosperity for all people in Ethiopia.”

Ethiopia in late 2020 launched an assault in the Tigray region after an attack on a military base blamed on the regional party, triggering a bloody conflict that has displaced more than two million people and raised US allegations of ethnic cleansing.

Ethiopia, historically a US partner, called an indefinite humanitarian truce in March, allowing deliveries of aid and easing fears of famine.

Hammer will replace David Satterfield, a senior diplomat and former ambassador to Turkey who is becoming director of Rice University’s Baker Institute for Public Policy.

Satterfield took over in early January after the previous envoy, Jeffrey Feltman, quit amid frustration over his efforts in Ethiopia and Sudan, where the military derailed a transition to democracy.

The multilingual Hammer, born to a Spanish mother, has also served as ambassador to Chile and in senior positions dealing with the media in Washington.