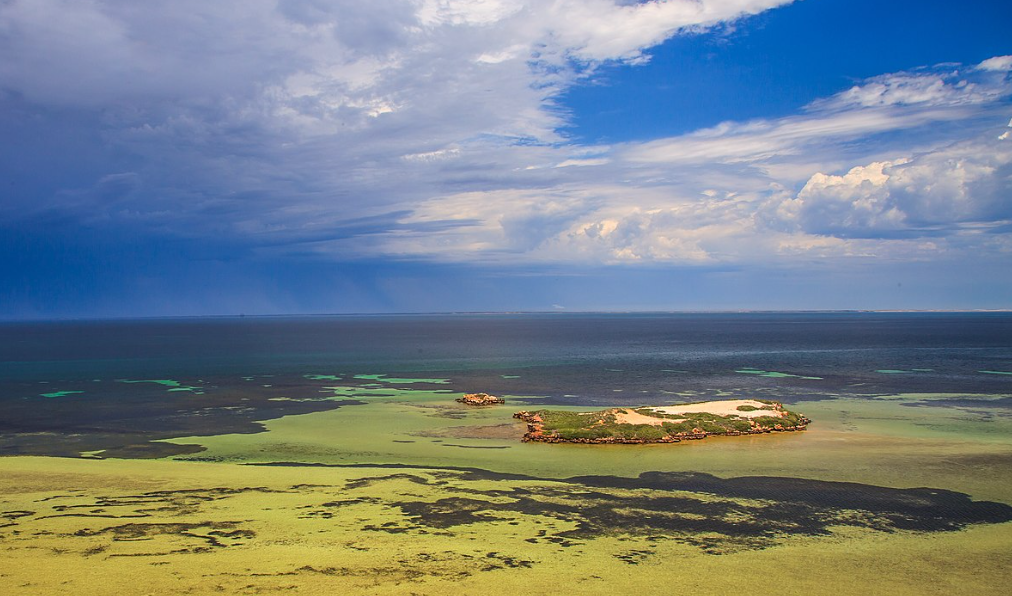 Scientists in Australia have discovered the world’s largest living organism, which is roughly the size of 20,000 football fields and about 4,500 years old. It’s a seagrass known as Poseidon’s ribbon weed, or Posidonia australis, which started as a seed spawned from two different species.

Posidonia australis is a seagrass commonly found along the southern coastlines of Australia – and is not to be confused with seaweed – which is an algae.  Jane Edgeloe, a University of Western Australia Ph.D. candidate, likens its appearance to a spring onion, according to the New York Times.

Ms. Edgeloe and her colleagues made their discovery while doing a genetic survey of Posidonia grasses in different areas of Shark Bay, Australia, where the researchers pulled up shoots of Posidonia from 10 different meadows.

On land, the researchers analyzed and compared the grasses’ DNA. They published their results Wednesday in the journal Proceedings of the Royal Society B.

More about this amazing seagrass

First of all, the scientists were looking for genetic differences in ribbon weed over a large area, and they found out just how big that area was. The monster-sized plant covers about 200 square kilometers (77 sq miles), or about 20,000 rugby fields, or just over three times the size of Manhattan island.

The researchers were trying to get plants with genetic differences, and they did collect 116 samples taken up to 110 miles apart. A total of 18,000 genetic markers in various samples were examined.

What the scientists found out was nothing short of mind-blowing. All the samples appeared to be from a single plant. “We thought ‘what the hell is going on here?’” said Dr. Martin Breed, an ecologist at Flinders University, reports The Guardian. “We were completely stumped.”

Edgeloe explained that the plant had spread using rhizomes in the same way that a lawn can spread from its edges by sending out runners. “The existing 200 sq km of ribbon weed meadows appear to have expanded from a single, colonizing seedling,” she said.

Ribbon weed rhizomes can grow up to 35 centimeters (13.7 inches) a year and, using that rate, the authors estimate the plant will have needed at least 4,500 years to spread as far as it has.

The ribbon weed is unique in several ways. Conditions in Shark Bay itself are challenging. The plant has found a way to survive in areas where the salinity is double that elsewhere in the bay, and can thrive in water temperatures as cold as 15C and as hot as 30C.

More interesting is how the survival of the plant, itself is linked. It has managed to hold on to all the chromosomes from its two parents, giving it inbuilt genetic diversity.

Dr. Elizabeth Sinclair, a co-author of the research at UWA, and her colleagues are still working through the secrets of the giant specimen, but she said it appears to be “largely sterile” and so has to rely on its own ability to grow, rather than disperse seeds.

Dr. Martin Breed, an ecologist at Flinders University said the fact the plant “doesn’t have sex” but had survived for so long was a puzzle. “Plants that don’t have sex tend to also have reduced genetic diversity, which they normally need when dealing with environmental change,” he said.

Here’s a bit of trivia for folks – The Poseidon’s ribbon weed meadow is about 20,000 hectares (49,000 acres) in size. The quaking Aspen trees in Utah often referred to as the world’s largest plant covers 43 hectares (108 acres).