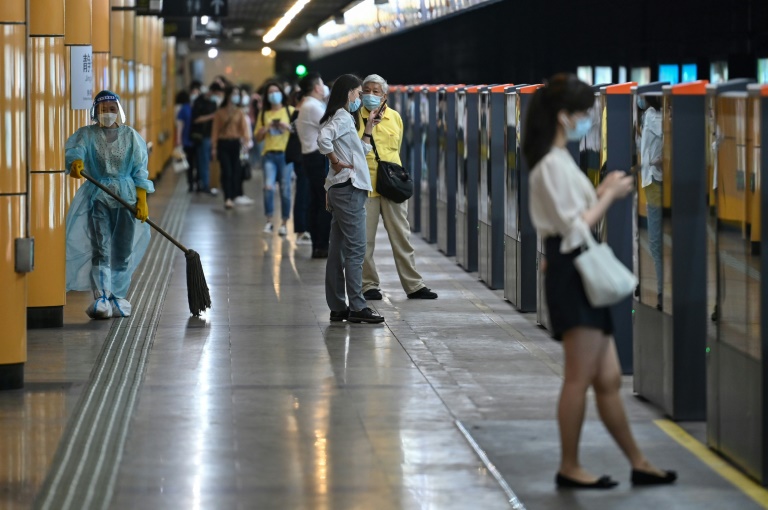 Shanghai slowly whirred back to life Wednesday as a range of Covid-19 restrictions were eased after a two-month lockdown that confined residents to their homes and battered the Chinese economy.

The commercial hub of 25 million people was closed down in sections from late March, when the Omicron virus variant fuelled China’s worst outbreak in two years.

After some rules were gradually relaxed over the past few weeks, authorities on Wednesday began allowing residents in areas deemed low-risk to move around the city freely.

“This is a moment that we have been looking forward to for a long time,” the Shanghai municipal government said in a statement on social media.

“Because of the impact of the epidemic, Shanghai, a megacity, entered an unprecedented period of silence.”

On Wednesday morning, commuters trickled into subway stations and office buildings, scanning QR codes that certify they are virus-free.

Some gathered in small groups to chat in a park, while staff at shopping centres and markets arranged products and cleaned in apparent preparation for customers.

A day earlier, bright yellow barriers that had hemmed in buildings and city blocks for weeks were taken down in many areas.

Deputy Mayor Zong Ming told reporters Tuesday that the easing will impact about 22 million people in the city.

Malls, convenience stores, pharmacies and beauty salons will be allowed to operate at 75 percent capacity, while parks and other scenic spots will gradually reopen, she added.

But cinemas and gyms remain closed, and schools — shut since mid-March — will slowly reopen on a voluntary basis.

Taxi services and private cars will be allowed in low-risk areas, permitting people to visit friends and family outside their district.

More than half a million remained under restrictions as of Wednesday, according to the authorities.

The restrictions in Shanghai — home to the busiest container port in the world — had hammered the economy, starving businesses and snarling supply chains in China and abroad.

Signs of resentment and anger among residents emerged throughout the lockdown.

But the city government warned that the situation was not yet normal.

“At present, there is still no room for relaxation in consolidating the achievements of epidemic prevention and control,” it said.

China has persisted with a zero-Covid strategy, which involves rapid lockdowns, mass testing and long quarantines to try and eliminate infections.

But the economic costs have mounted, and the Shanghai government said “the task of accelerating economic and social recovery is becoming increasingly urgent”.

E-commerce professional Chen Ying said ahead of the easing that she still planned to work from home but might treat her two-year-old son to a long-awaited walk outside.

“We should have been free to begin with, so don’t expect me to be deeply grateful now they’ve given it back to us,” she told AFP.

While the easing will allow many factories and businesses to resume operations, there are concerns that the recovery will not be immediate.

“I definitely have some worries, things are beyond your control… You can’t tell with a pandemic,” said cafe owner Chen Ribin.

“It came in April, but no one can tell you if it will come again in July or August… We can only take one step at a time. I think it will take two-three months to return to previous (business) levels.”