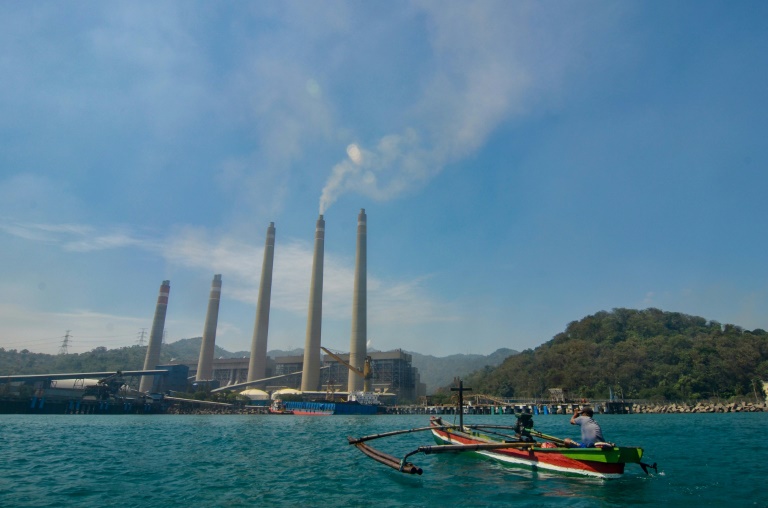 Governments plan to produce 110 percent more fossil fuels this decade than would be consistent with a 1.5C increase in the average global temperature, and 45 percent more than for a world where temperatures increase 2C – Copyright AFP Maryke Vermaak

U.N. Secretary-General Antonio Guterres on Wednesday warned that the Ukraine war is diverting attention away from climate change.

Speaking ahead of an environmental conference in Stockholm, Guterres said the scale of the conflict has “inevitably” shifted the focus from other issues, per the Associated Press, including efforts to halt the global temperature rise, while at the same time showcasing the world’s “suicidal” dependence on fossil fuels.

“The sense of urgency in the debate on climate has of course suffered from the war in Ukraine,” Guterres told reporters at the Swedish prime minister’s official residence. “But I think this war has demonstrated one thing: How fragile is the world in its dependence on fossil fuels.”

The sanctions imposed on Russia after its February 24 invasion of Ukraine, and the resulting decisions by the European Union have underscored how dependent many European countries are on Russian oil and gas.

“So it’s time to learn the lesson,” Guterres said. “If we do not want again to be in the same situation we are today we need to make a clear bet: massive investment in renewable energy and a clear understanding that the dependence on fossil fuels is a suicidal one.”

The world is at a crossroads

Yes, Putin’s war has relegated the climate crisis and the transition to renewable energy to the back of the line. The war has also created a global food crisis that is affecting millions of people.

According to the Atlantic Council, in February 2022, Russia blockaded all of Ukraine’s Black Sea ports, through which all its bulk exports were being shipped. The ports remain closed, with no opening in sight.

David Beasley, the executive director of the United Nations World Food Programme (WFP), recently warned, “When a country like Ukraine that grows enough food for 400 million people is out of the market, it creates market volatility, which we are now seeing.”

“Truly, failure to open those ports in the Odesa region will be a declaration of war on global food security,” said Beasley. “And it will result in famine and destabilization and mass migration around the world.”

Russia has further aggravated this food crisis by bombing and burning grain storage in the south and east of Ukraine, stealing hundreds of thousands of tons of grain, and by exporting it on its own ships, primarily to its ally Syria.

Most attention is being devoted to wheat because it is crucial for economically developing countries’ supplies of bread, a basic staple. In  2021, the US Department of Agriculture assessed Ukrainian exports of wheat at 23.5 million tons.

Food has become a highly sensitive political issue, and a lot of this is due to the effects of climate change. Droughts and flooding from extreme weather events have decimated many regions globally, including the U.S. and Canada.

This means that many governments want to keep scarce domestically produced grains at home, and shortages often provoke export bans. Over 20 countries have already imposed export bans on food, including important grain producers such as India and Indonesia.

Swedish Prime Minister Magdalena Andersson noted that before the Ukraine war the world was grappling with other crises including the COVID-19 pandemic. And even though the pandemic was tough, we still tried to keep the focus on rising global temperatures.

“We have to be able to handle all these crises at the same time,” she said. “When we come together we can achieve fantastic things together.”

To put it bluntly, Russia’s invasion has put a planned energy transition at a crossroads and thrown the world into a food crisis. It is essential that we shift away from fossil fuels in order to avoid a cataclysmic climate scenario that would also kill any chances we may have in solving the food crisis.