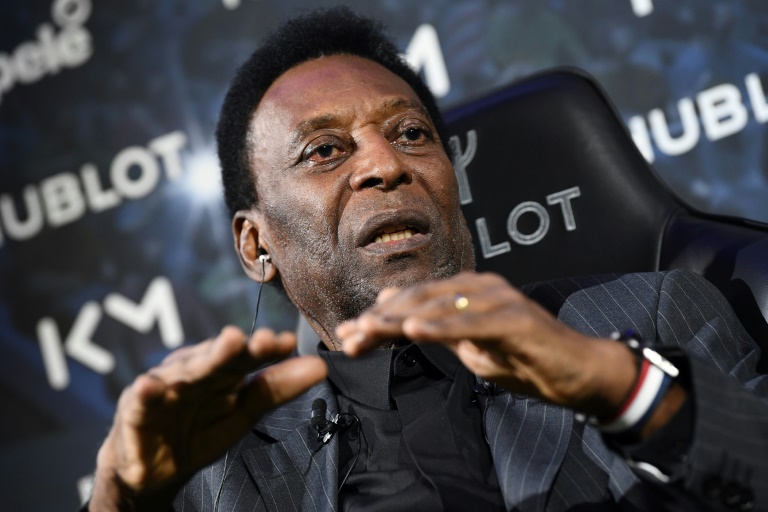 Brazilian football legend Pele, seen here in April 2019, said in a public letter to Russian President Vladimir Putin that ‘the power to stop this conflict is in your hands. The same ones I shook in Moscow, at our last meeting in 2017’ – Copyright Ritzau Scanpix/AFP Liselotte Sabroe

Brazilian football legend Pele called Wednesday for Russian President Vladimir Putin to end his army’s invasion of Ukraine, as the war-torn country’s national team was set to vie for a World Cup spot.

“Today Ukraine tries to forget, at least for 90 minutes, the tragedy that still engulfs their country,” Pele wrote in an open letter to Putin, posted on Instagram just before the Ukrainian men’s football team faced Scotland in a World Cup playoff semi-final.

“I want to use today’s match as an opportunity to make a request: stop the invasion. There is absolutely no justification for this continued violence,” added the three-time World Cup champion.

“This conflict is wicked, unjustifiable and brings nothing but pain, fear, terror and anguish… Wars only exist to separate nations, and there’s no ideology that justifies projectile missiles burying the dreams of children, ruining families and killing the innocent.”

Pele recalled meeting Putin in the past and exchanging “smiles accompanied by a long handshake.”

“The power to stop this conflict is in your hands. The same ones I shook in Moscow, at our last meeting in 2017,” he wrote.

Considered by many the greatest footballer of all time, Pele had one of the most storied careers in sport, scoring more than 1,000 goals before retiring in 1977.

He has been in poor health recently, undergoing surgery last September for a colon tumor, followed by ongoing chemotherapy.

His message comes as the Ukraine conflict nears its 100th day, with fierce fighting ongoing in the nation’s east, after the Russian army failed in its bid to overtake Kyiv.

The match in Glasgow is the first for the Ukrainian national team since the invasion began.

The winners will face Wales on Sunday to decide who will be the final member of Group B — alongside England, the United States and Iran.