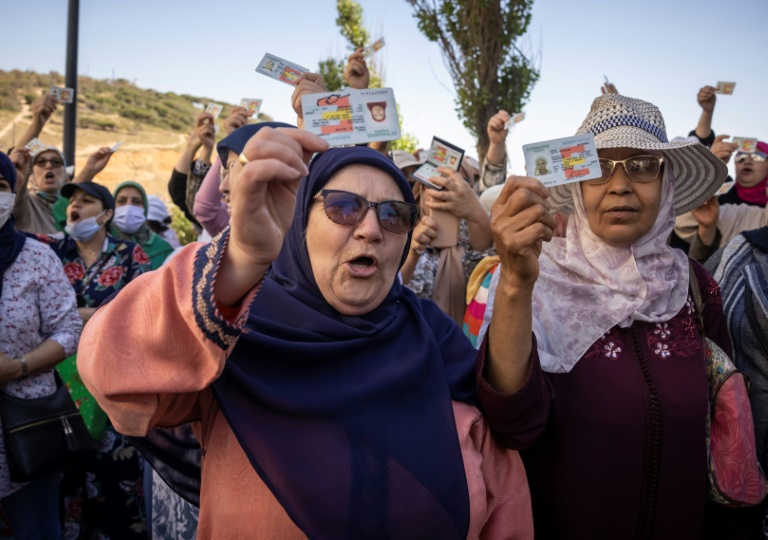 Spain opened the borders of its North African enclaves Ceuta and Melilla to Moroccan workers on Tuesday, two years after their closure and following the resolution of a drawn-out diplomatic crisis.

The European Union’s only borders on African soil had been shuttered in 2020 at the height of the coronavirus pandemic, then later become hostage to a bitter spat over migration and the issue of the disputed Western Sahara.

Before they were closed, some 4,400 Moroccans had regularly made the crossing visa-free to work and trade.

A spokesperson for authorities in Ceuta said Tuesday that Spain was hoping for a “progressive and orderly reopening, and most of all, an end to the underground economy” in the region.

For now, the reopening only affects 230 Moroccans, primarily domestic workers with the correct papers. Up to 40 more will be allowed to enter each day to apply for a visa.

But on Tuesday, dozens of women gathered on the Moroccan side of the crossing, waving work permits and chanting “No to visas!”

“I’m protesting today because I want to be able get into Ceuta to work,” said Latifa, a nanny who had spent 15 years working in the enclave before the closure. “We used to be able to cross without visas”.

Aziza, who had worked as a cleaner in Ceuta for a decade before the closure, said that in two years without work she had been forced to sell her furniture to feed her six children.

A union for cross-border workers said many had seen their visas expire during the crisis and were now being forced to apply for new ones, a measure it said was “unjust”.

The borders had been the focus of a major dispute last year, when Madrid allowed the leader of a Western Saharan independence movement to be treated for Covid-19 in a Spanish hospital.

In mid-May 2021, ten thousand migrants surged across the Moroccan border into Ceuta as Moroccan border forces looked the other way, a move widely seen as a punitive gesture by Rabat.

In March this year, Spain moved to end the diplomatic crisis with Morocco by changing its decades-long stance of neutrality and backing the kingdom’s autonomy plan for the Western Sahara, which Rabat insists must remain under its sovereignty.

The borders of the enclaves had reopened on May 17, but only for holders of passports and visas from countries in the Schengen zone.

Moroccan authorities have vowed to clamp down on smuggling, which had been tolerated until late 2019 despite the loss of customs revenues.

Rabat in February opened a business park in the border town of Fnideq it hopes will create up to 1,000 jobs.