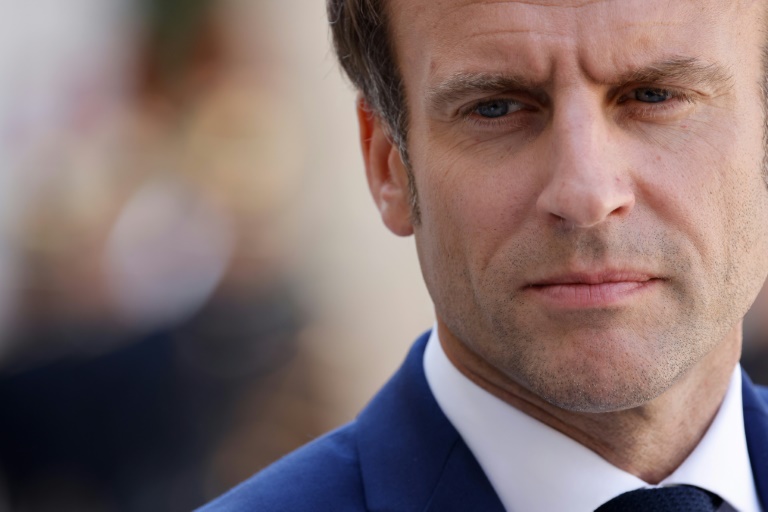 France’s economy contracted in the first quarter under the impact of soaring inflation, data showed Tuesday, increasing the risks for President Emmanuel Macron in key parliament elections less than two weeks away.

Russia’s invasion of Ukraine has derailed growth across Europe, sparking inflationary pressures that are prompting consumers to hold back on purchases of all kinds — a crucial driver of the French economy.

Household spending power dropped 1.9 percent in the first three months of the year, and price increases have only accelerated since then, with inflation hitting 5.2 percent in May compared with the same period last year.

It was the first time prices overall had crossed the five percent threshold since 1985, and before Tuesday’s data release, INSEE had been tabling on further acceleration to 5.4 percent for June.

Macron won re-election in April with a promise to defend spending power, and is hoping to secure a majority for his centrist party in the parliament elections beginning June 12.

His new government has already vowed “food checks” for needy households, pension increases and higher social subsidies, measures that will not be implemented until after the vote.

But his rivals on the left and right say the former investment banker fails to fully appreciate the pocketbook worries of the vast majority of voters, and are promising more concrete measures to lift incomes against the inflation threat.

INSEE expects the economy to edge up just 0.25 percent in the second quarter, after household spending slipped 0.4 percent in April, though that was less than the 1.4 percent drop in March.

Fuel and food prices in particular have jumped as Europeans prepare a ban on Russian oil purchases, and the forced halt of Ukraine’s grain exports stoke worries of food shortages rippling through global markets.

Food prices climbed 4.2 percent in May while energy prices jumped 28 percent year-on-year — a brutal shock for the millions of French in smaller cities and rural areas who depend heavily on their cars.

High petrol costs were main factor behind the fiery “yellow vest” revolts against Macron’s government in 2018 and 2019, which saw him cut taxes and lift wages for the lowest workers in a string of fiscal concessions.

Inflation in France is not as bad as in neighbouring eurozone countries — Germany has reported a new record of 7.9 percent for May, while Spanish inflation jumped to 8.7 percent for the month.

But the INSEE reports helped push the CAC-40 stock index down 0.5 percent to 6,532.37 points on Tuesday morning, with the Paris benchmark falling 8.7 percent since the start of the year.