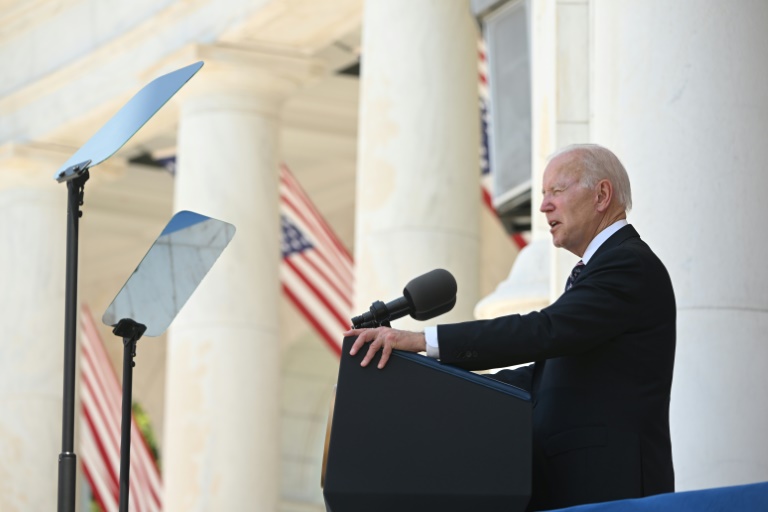 President Joe Biden on Tuesday holds a rare White House meeting with the head of the Federal Reserve, Jerome Powell, to discuss soaring inflation and White House attempts to tame the politically damaging price surge ahead of midterm elections.

In their first such meeting this year, Biden and Powell will “discuss the state of the American and global economy,” the White House said, with an emphasis on inflation.

This is Biden’s “top economic priority,” the White House said, “as we transition from a historic economic recovery to stable, steady growth that works for working families.”

Inflation of more than eight percent is casting a heavy shadow on Biden’s claims to be steering the US economy back to health after the Covid-19-induced crash.

Employment is back near pre-pandemic levels and growth is strong, but savage price increases for essentials including food and fuel are driving growing public dissatisfaction.

The Fed has raised rates three quarters of a percentage point, kicking off what central bank officials say could be a series of hikes aimed at calming down the economy, although there are fears that the unintended result may be recession.

Biden is scrambling to ease the pressure on American consumers ahead of November midterm elections in which his Democrats are forecast to lose control of Congress to the Republicans.

Biden’s own approval ratings are barely in the 40 percent range, reflecting his inability to sell voters on his upbeat message of US economic recovery.

As the election approaches, Biden has pivoted to more aggressively trying to explain the inflation phenomenon as a byproduct of forces beyond his control.

These include the Russian invasion of Ukraine, which triggered Western sanctions disrupting the huge Russian energy industry. President Vladimir Putin’s invading forces, meanwhile, have all but put a halt to Ukraine’s important wheat exports.

Writing in the Wall Street Journal on Monday, Biden underlined the independence of the Federal Reserve, but noted that the central bank has “a primary responsibility to control inflation.”

Biden recalled that his predecessor Donald Trump frequently launched political attacks on the Fed and that other presidents had also “sought to influence its decisions inappropriately during periods of elevated inflation.”