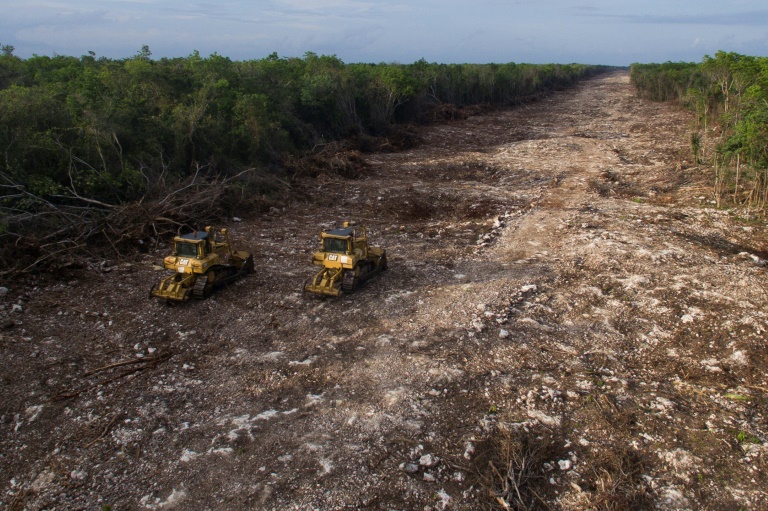 The ruling follows a legal challenge brought by opponents, including scuba divers, who are concerned about the impact of the Mayan Train on wildlife, caves and water-filled sinkholes known as cenotes.

The indefinite halt to work on the 60-kilometer (37-mile) section between the resorts of Playa del Carmen and Tulum goes a step further than a provisional suspension order issued in April.

The federal judge cited the “imminent danger” of causing “irreversible damage” to ecosystems, according to one of the plaintiffs, the non-governmental group Defending the Right to a Healthy Environment.

The authorities were found to have failed to carry out the necessary environmental impact studies before starting construction of the section, one of several being built by the military, it said in a statement.

The government can appeal the decision but the process could take several months.

The original plan for the disputed section was for an overpass over a highway, but the route was modified at the start of the year to go through jungle at ground level.

Opponents fear that the construction will cause irreparable damage to a subterranean network of caves, rivers and freshwater sinkholes connected to the Caribbean Sea.

Lopez Obrador has insisted the railroad will not affect the cenotes and alleged that environmentalists have been infiltrated by “impostors.”