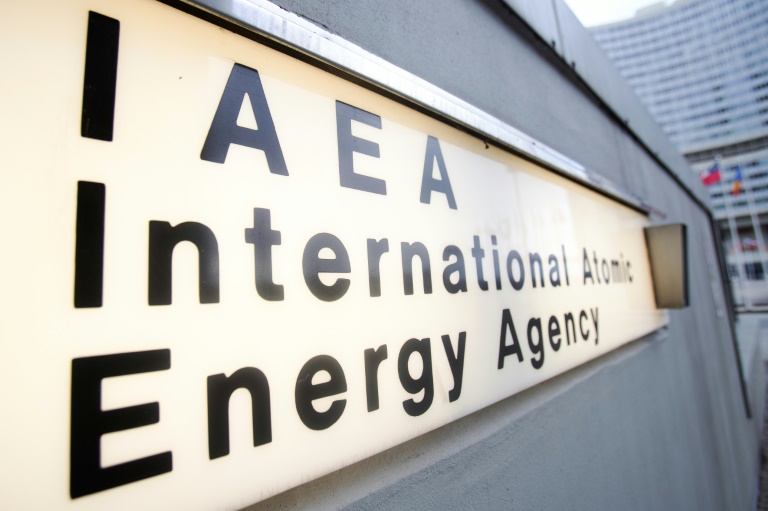 The IAEA estimates that Iran’s total enriched uranium stockpile as of May 15, 2022 was 3,809.3 kilograms – Copyright AFP/File ALEX HALADA

The UN nuclear watchdog said Monday that it estimated Iran’s stockpile of enriched uranium had grown to more than 18 times the limit laid down in Tehran’s 2015 deal with world powers.

The International Atomic Energy Agency said in its latest report on Iran’s nuclear programme that it “estimated that, as of May 15, 2022, Iran’s total enriched stockpile was 3,809.3 kilograms.”

The report also says that Iran is continuing its enrichment of uranium to levels higher than the 3.67 percent limit in the deal.

Enrichment levels of around 90 percent are required for use in a nuclear weapon.

Iran has always insisted its nuclear programme is peaceful.

A diplomatic source said the amount of uranium enriched to 60 percent now exceeded the IAEA’s threshold of a “significant quantity”, defined by the agency as an approximate amount above which “the possibility of manufacturing a nuclear explosive cannot be excluded”.

However, the same source pointed out that some uranium would be lost during the process of further enrichment, meaning that in reality “you would need more than 55 kilograms” for that purpose.

In a separate report also issued on Monday, the IAEA reiterated that it still had questions which were “not clarified” regarding previous undeclared nuclear material at three sites named as Marivan, Varamin and Turquzabad.

This is despite a long-running series of attempts by the IAEA to get Iranian officials to explain the presence of this material.

The report said Iran has offered the explanation of an “act of sabotage by a third party to contaminate” the sites, but added no proof had been provided to corroborate this.

The diplomatic source said that an act of sabotage was “not easy to believe” given “the distribution of the material” that had led to the IAEA’s questions.

The latest reports come as talks to revive the landmark 2015 nuclear deal between Iran and world powers remain deadlocked after stalling in March.