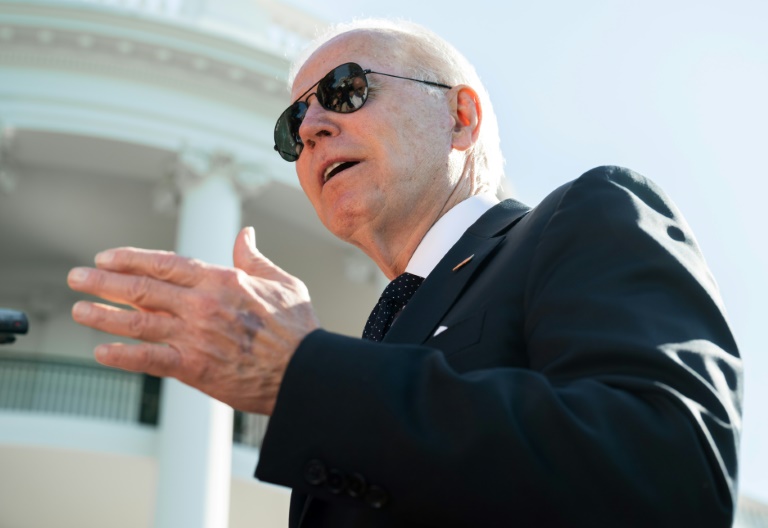 US President Joe Biden said Monday he would not send rocket systems to Ukraine that could hit targets well inside Russian territory, despite urgent requests from Kyiv for long-range weapons.

“We are not going to send to Ukraine rocket systems that can strike into Russia,” Biden told reporters in Washington.

Pro-Western Ukraine has received extensive US military aid since Russia invaded its outgunned neighbor in late February, but says it needs long-range rockets equivalent to what Moscow’s forces use.

Kyiv has asked the United States for mobile batteries of long-range rockets, the M270 MLRS and the M142 Himars, which can launch multiple rockets at the same time with a range of up to 187 miles (300 kilometers), eight times or more the distance of artillery in the field.

This could give Ukrainian forces the ability to reach, with great precision, targets far behind Russian lines, though it is unclear if that is their intent.

The MLRS “is really the weapon that we badly need,” Ukrainian Foreign Minister Dmytro Kuleba said last week at the World Economic Forum in the Swiss Alps, where he pressed Western allies for heavy weapons.

Ukrainian President Volodymyr Zelensky’s advisor Mykhailo Podoliak echoed the call in a recent tweet, saying, “It is hard to fight when you are attacked from a 70 km (43 miles) distance and have nothing to fight back with.”

The United States earlier in May announced another $40 billion assistance package amid speculation it included such weapons.

Republican Senator Lindsey Graham said Monday that the Biden administration’s “decision not to send these weapons is a betrayal of Ukraine and democracy itself.”

“Apparently, once again the Biden Administration is intimidated by Russian rhetoric,” he said on Twitter.

A US official said later that dispatching MLRS was still under consideration, but without long-range strike capabilities.

Since failing to capture Kyiv in the war’s early stages, Russia’s army has narrowed its focus and has been hammering cities with relentless artillery and missile barrages as it seeks to consolidate its control.

Moscow’s forces have continued a push in the eastern Donbas region, upping the pressure on the twin cities of Severodonetsk and Lysychansk.

Ukrainian forces pushed back over the weekend in the southern region around Kherson as Zelensky seeks to crank up already hefty international pressure on Moscow.