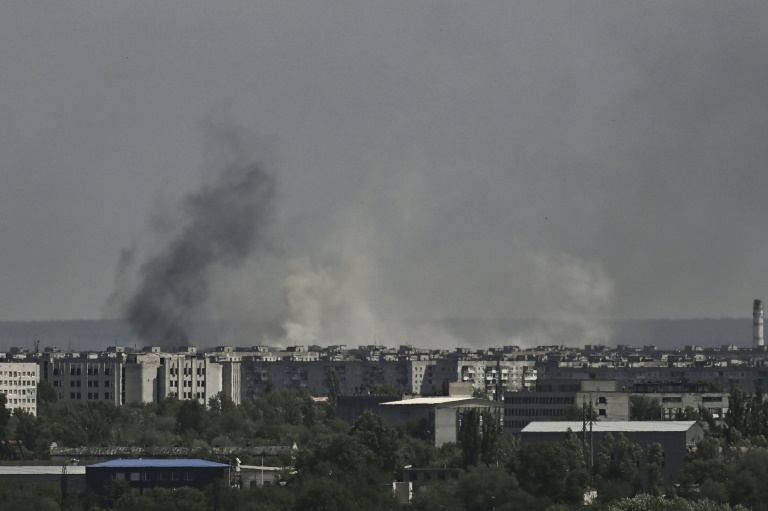 Moscow-backed separatist forces in eastern Ukraine say they have captured Lyman, a strategic town connecting key cities in the east.

The pro-Russian rebels in the Donetsk region said they had “liberated and taken full control of 220 settlements, including Krasny Liman”, using an old name for Lyman.

After failing to take Kyiv and being driven back from the outskirts of the second city of Kharkiv, Russia is waging all-out war for the Donetsk and Lugansk regions, which together make up Donbas, Ukraine’s industrial heartland.

In a sign that Kharkiv is not yet out of harm’s way, nine people were killed in shelling of the northeastern city on Thursday.

– Zelensky warns of ‘genocide’ in Donbas –

Ukraine’s President Volodymyr Zelensky accuses Moscow of carrying out a “genocide” in Donbas, where Russian forces are also closing in on the cities of Severodonetsk and Lysychansk.

In his daily televised address, Zelensky warns that Russia’s offensive could empty Donbas of its population.

“All this, including the deportation of our people and the mass killings of civilians, is an obvious policy of genocide pursued by Russia,” he says.

Russia says it plans to ramp up grain exports against the backdrop of a looming global food crisis exacerbated by the war in Ukraine.

President Vladimir Putin told Italy’s Prime Minister Mario Draghi in a telephone call he was ready to make a “significant contribution” to averting a global food crisis if the West lifts sanctions imposed on Russia.

A top US defence official says Germany is working on a plan to get up to 22 million tonnes of Ukrainian grain, currently blocked in ports, out of the country by rail.

General Christopher Cavoli tells US lawmakers that Germany’s railway company has dedicated a special train service to get the exports out.

“They are doing what they call a Berlin train lift, an analogy to the Berlin Airlift (an Allied plan to overcome a Soviet blockade of west Berlin in 1949) to dedicate trains to pulling wheat right out of Ukraine into western Europe,” he says.

A Russian court confirms the dismissal of 115 national guardsmen who were sacked after refusing to take part in the war in Ukraine.

The case heard by a military court in Russia’s southern Kabardino-Balkaria republic appears to be the first involving troops refusing to be part of Russia’s offensive in Ukraine.

The case was heard behind closed doors.

– Mariupol ‘to get Russian curriculum’ –

“The occupiers have announced the extension of the school year until September 1,” city official Petro Andryushchenko wrote on social media.

“Throughout the summer, children will have to study Russian language, literature and history as well as maths classes in Russian,” Andryushchenko said.

There was no confirmation of the announcement from the Russian side.