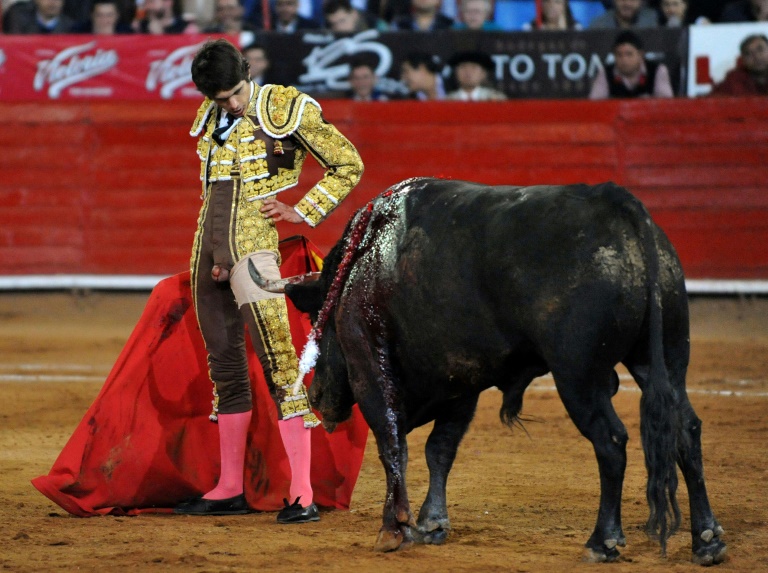 French bullfighter Sebastian Castella is seen here in 2016 at the Plaza de Toros — a Mexican judge has ordered a suspension of bullfighting in the arena, the world’s largest bullring – Copyright AFP Loren Elliott

A Mexican judge on Friday ordered a suspension of bullfighting in Mexico City’s Plaza de Toros, the world’s largest bullring, after activists filed a lawsuit against the centuries-old practice.

Organizers “must immediately suspend bullfighting shows… as well as the granting of permits,” the federal court ruled in response to a petition by the group Justicia Justa.

Another hearing is due to be held on Thursday to consider arguments and evidence from the two sides, ahead of the next scheduled event at the Plaza de Toros on July 2.

It is the first time that a court has ordered such a suspension, following years of legal action by civil organizations seeking a ban.

Mexico is a bastion of bullfighting but the tradition — and the 50,000-capacity Plaza de Toros — face an uncertain future.

In December, an animal welfare commission in Mexico City’s legislature approved a proposal to prohibit the tradition in the capital.

Lawmakers have yet to vote on the plan, which dismayed supporters of bullfighting as well as the multimillion-dollar industry surrounding it.

So far, only a handful of Mexico’s 32 states have banned the practice, which was brought by the Spanish conquistadors in the 16th century.