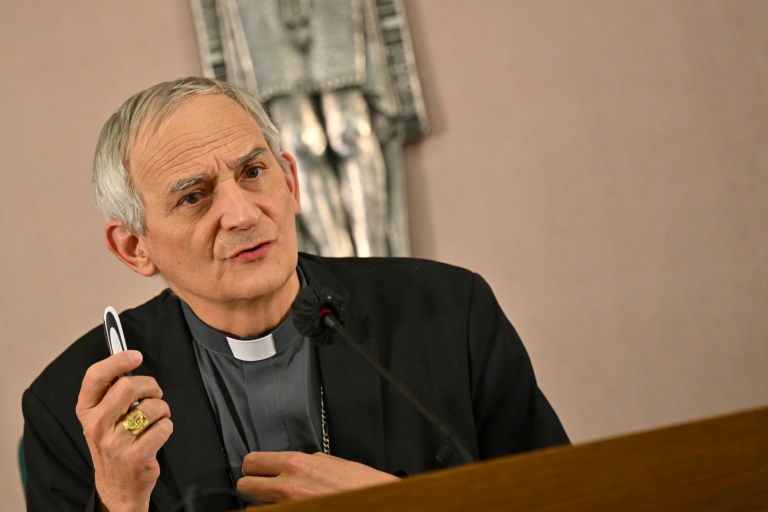 The new head of Italy’s Catholic Church announced Friday a study into clerical child sex abuse over the last 20 years, but survivors said it fell short of an independent inquiry.

Pope Francis had called for a transparent annual audit of efforts to protect minors, as he seeks to restore trust in the Catholic Church following a global scandal.

“It’s our duty, faced with so much suffering,” Cardinal Matteo Zuppi, the 66-year-old named this week by the pope to lead Italy’s Bishops’ Conference, told reporters.

In a statement at the end of its general assembly in Rome, the Conference said there would be an “analysis” conducted in collaboration with unnamed independent research institutions on alleged or confirmed crimes by clerics in Italy from 2000 to 2021.

It will use data kept by the Vatican department that deals with issues of abuse, the Congregation for the Doctrine of the Faith, to establish a “deeper and more objective knowledge of the phenomenon”.

The study “will allow an improvement in preventative measures” and allow victims and survivors to be treated with “more awareness”, it added.

It is part of a five-point action plan which also includes a report on national cases and prevention measures over the last two years, with the aim of making this into an annual, publicly-available dossier.

Inquiries across the United States, Europe and Australia have exposed widespread abuse of children and a decades-long cover-up.

Campaigners in Catholic-majority Italy say it is now well past time for their country to do the same.

Francesco Zanardi, who was abused by a priest when he was a teenager, told reporters it was “discriminatory” to study cases from 2000 onwards, with “many cases, like mine, excluded”.

In an interview with AFP, Zanardi –the founder of survivors group Rete L’Abuso (The Abuse Network) — also condemned Italy’s judicial system for failing to properly address the issue, saying that “everyone must play their part”.

Rete L’Abuso said in February it had recorded more than 300 cases of priests accused or convicted of child sexual abuse in the past 15 years in Italy, out of a total of 50,000 priests across the country.

Earlier this month, a group of survivors, lawyers and journalists who together form “ItalyChurchToo” — named after the #MeToo movement against sexual harassment — published an open letter calling for an independent inquiry by high-level experts.

“Italy as a country is the most behind. What we want from the new president (of the Bishops’ Conference) is the courage to put into place radical change,” said Ludovica Eugenio, a member of the network.

She told AFP the plan for a report dating back 20 years “will not resolve the problem because it does not go to the heart of the matter. It’s a bit like building a house from the third floor, without foundations.”

“Without prevention, with justice and without the truth, it will come to nothing.”

During the meeting in Rome this week, US Cardinal Sean O’Malley, head of the pope’s Commission for the Protection of Minors, urged the Italian bishops to confront the issue.

“The reality is that we will be judged on our response to the abuse crisis in the Church,” he said in a video message, published by Vatican News.