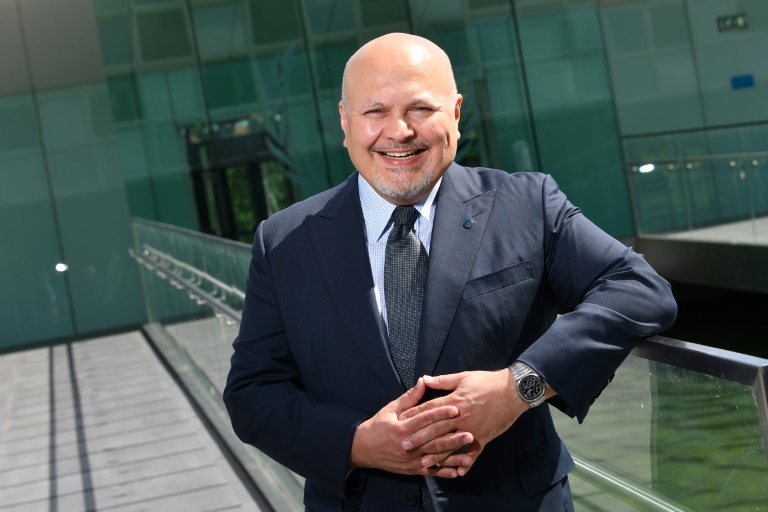 Russia should cooperate with the International Criminal Court’s investigation into alleged war crimes carried out during Moscow’s invasion of Ukraine, the tribunal’s prosecutor told AFP on Friday.

Prosecutor Karim Khan said Russia, which is not a member of the Hague-based court, had declined to work with the ICC on Ukraine but added that his “door is open” if it wants to help.

The British barrister also insisted that war crimes culprits could be brought to justice although he refused to say whether President Vladimir Putin himself could one day be a suspect.

“The invitation is there. My door is open, and I will also keep knocking on the door of the Russian Federation,” Karim Khan said in an interview.

Like Russia, Ukraine is not an ICC member, but it has accepted the court’s jurisdiction and is working with Khan’s office as it probes possible war crimes and crimes against humanity.

Russia says allegations of war crimes by its troops are fake, and Russian President Vladimir Putin justified the February 24 invasion by saying that Ukraine was overseeing a “genocide” in the east of the country.

“If one makes those allegations, cooperate, share the information, cooperate with us,” said Khan.

“If there’s been fake news, we will expose the fake news.”

– ‘Battlefield but a crime scene’ –

The ICC was created in 2002 to try the world’s worst crimes where states are unable or unwilling to. It does not have its own police force and so relies on individual countries to enforce any arrest warrants it issues.

Khan — who took over as the ICC’s third-ever prosecutor last year — announced an investigation four days after Russia’s invasion and the probe has since been backed by 42 countries.

He later visited Bucha, a town outside Kyiv where AFP journalists discovered 20 bodies in civilian clothing lying in a street, and where officials later said hundreds of other people had been killed.

“The reality is it’s a battlefield, but it’s also a crime scene,” Khan said.

The team were “looking at mass graves” and seeking satellite and radar evidence, taking testimony from witnesses, and helping Ukrainian authorities unlock seized phones so they can be “scrubbed” for information, he said.

But questions remain about where war crimes trials will be carried out — and how suspects will be brought to justice.

Kyiv has already started its own war crimes trials, sentencing a 21-year-old Russian soldier to life last week for killing a civilian.

Ukraine’s chief prosecutor has suggested that the ICC could deal with higher profile cases, but Khan said the ICC was still working with Ukraine and international partners on the best path.

He refused to give “artificial timelines” for when the ICC could bring any of its own indictments, saying it was a “recipe for a disaster”.

He also insisted that the court was “not here to target a particular country” but wanted to “get to the truth”.

Ukrainian troops have also faced war crimes allegations over a video in which Russian soldiers appeared to be shot in the legs.

Moscow’s refusal to cooperate and the fact that it is not a member of the ICC have raised questions about how any eventual suspects could be brought to trial.

But Khan pointed to previous “significant successes” by international tribunals in bringing fugitives to justice, such as Slobodan Milosevic, Radovan Karadzic and Ratko Mladic over the wars in the former Yugoslavia, and suspects in the 1994 Rwandan genocide.

“In this day and age we know it’s difficult to hide, it needs cooperation from states to ensure warrants are executed,” said Khan.

Meanwhile suggestions that Putin himself could one day end up in the dock have been made by both Ukraine’s chief prosecutor and former war crimes prosecutor Carla del Ponte.

But Khan said he was “not going to talk about individuals”.

“The clear starting position is every individual in the conflict — whether a low level soldier, a pilot, a battlefield commander, a general, a military commander or a civilian superior — they all have responsibilities.”