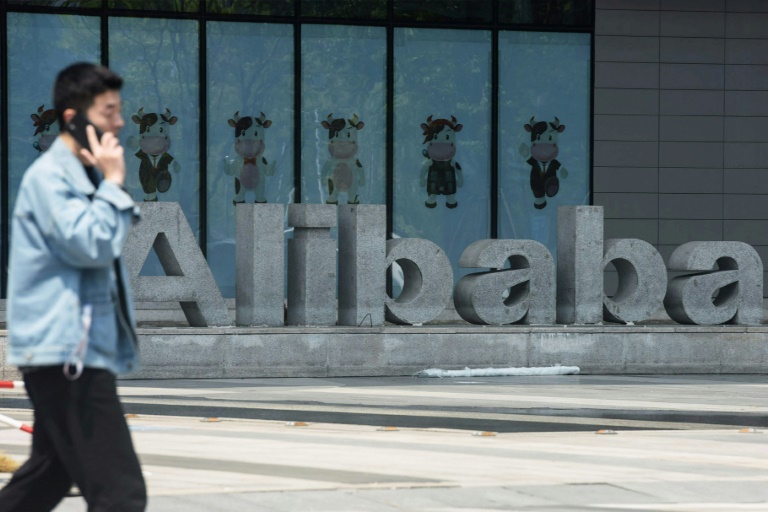 The positive mood put the region on course to end the week on a healthy note, and came after Federal Reserve minutes indicated the US central bank could take a breather in hiking interest rates if inflation shows signs of easing later in the year.

Still, confidence on trading floors remains at a premium owing to a range of crises including soaring prices, tighter monetary policy, China’s Covid lockdowns and the war in Ukraine.

Investors were in a buying mood Friday as Hong Kong jumped more than three percent with market heavyweight Alibaba piling on more than 12 percent and search engine Baidu advancing more than 15 percent.

The two firms posted better-than-expected sales growth in the January-March quarter, soothing fears about the impact of Covid and inflation on their bottom lines.

The reports were much-needed pieces of good news out of the world’s second-biggest economy, which is being battered by lockdowns in major cities as leaders refuse to budge from their zero-Covid strategy.

“We do expect the second quarter to mark the bottom in growth for our companies,” he told Bloomberg TV.

“Depending on the Covid policies and the government’s policies in helping to drive back consumption confidence, we do expect easier comparables for China tech companies, particularly as you enter into September and December quarter.”

The readings bolstered hopes consumers were more resilient to inflation and rising rates, and came as a Federal Reserve Bank of New York survey showed US shoppers largely expect upward price pressures to be temporary with gains easing in the long term.

Earlier in the week, markets rose as minutes from the Fed’s May meeting suggested policymakers could temper their campaign of rate hikes later in the year if inflation looks to be plateauing.

“We may see a little bit more stability here because we have repriced the stocks so much already,” said iCapital’s Anastasia Amoroso.

“I don’t know how much this move higher is going to go because I don’t think the fundamentals really justify it near term. In the next three to six months it’s still going to be a constrained market environment.”