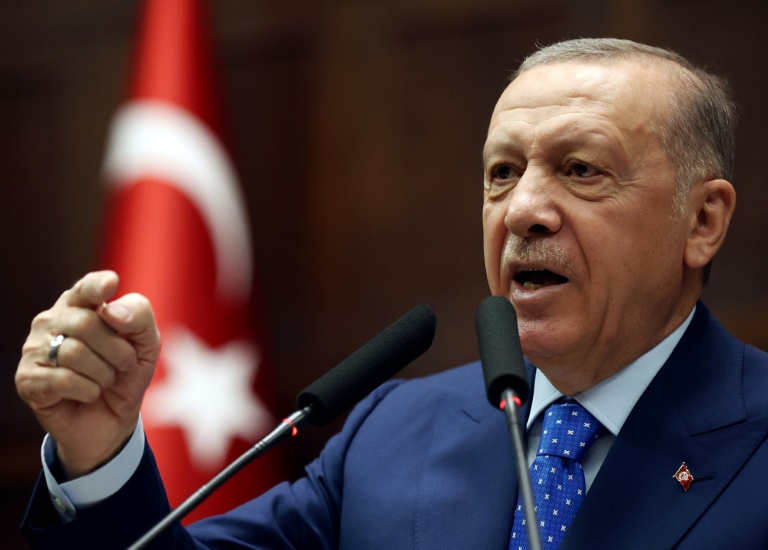 Sweden hopes to strike a compromise with Turkey to seal its NATO membership bid, but fears are mounting in the Scandinavian country that the government may sacrifice too much to get what it wants.

“If you want to sell everything for NATO membership, then go ahead but I think it’s awful”, blasted Amineh Kakabaveh, a Swedish lawmaker of Iranian Kurdish origin.

“It’s awful that everything depends on NATO membership, rushing it through and undermining democracy,” she told AFP in an interview.

A former Left Party member sitting in parliament as an independent since 2019, she played a pivotal role in the election of Prime Minister Magdalena Andersson in November 2021, providing the decisive vote in parliament.

Like Kakabaveh, other prominent Swedes have in recent weeks urged the government not to cave in to Turkey’s demands.

Any NATO membership deal must be unanimously approved by all 30 members of the alliance.

But Turkey has refused to agree to the opening of negotiations with Stockholm.

Among other things Ankara accuses it of providing a safe haven for the outlawed Kurdistan Workers’ Party (PKK), listed as a “terrorist” group by Turkey and its Western allies.

Turkey on Monday published a list of five demands for Sweden, including the extradition of people Ankara considers “terrorists” for having links to the PKK and its allies in Syria, the People’s Protection Units (YPG).

– ‘Widespread support for Kurdish cause’-

According to Turkish media, other people on the list include journalists whom Ankara accuses of having ties to Fethullah Gulen, the US-based preacher wanted over a failed 2016 coup in Turkey.

Two of them, Abdullah Bozkurt and Levent Kenez, said that finding themselves caught in a power struggle between Ankara and Stockholm “didn’t come as a surprise”.

“We were actually joking a month before Sweden decided to apply for membership in NATO. We said ‘If they do, our names are perhaps going to come up on the bargaining table’. And that is exactly what happened,” Bozkurt told AFP.

The pair, who started the news site Nordic Monitor, are convinced their lives would be in danger if they were extradited to Turkey.

They said they were confident the Swedish judiciary would not bow to pressure and would continue to reject Ankara’s demands for their extradition.

But they did express concern about their safety in Sweden.

Bozkurt was attacked by three masked men in 2020. A police investigation is still ongoing.

Kenez said “the biggest risk” was that pro-government media outlets publish their pictures “and that endangers our security here.”

Sweden and Turkey began diplomatic talks in Ankara on Wednesday.

The two countries have had thorny ties for years, with the Kurdish question one of their main bones of contention.

While Sweden was one of the first countries to recognise the PKK as a terrorist organisation in the 1980s, there is “political and widespread popular support for ‘the Kurdish cause’, including parliamentarians on both sides of the aisle”, said Paul Levin, head of the Institute for Turkey Studies at Stockholm University.

The Scandinavian country has welcomed around 100,000 Kurds from Turkey, Iran and Iraq since the 1970s.

“A lot of Kurds see Sweden as a second home,” said Linnaeus University researcher Barzoo Eliassi, an expert on the diaspora.

Sweden has been governed by the Social Democrats for the better part of the post-war period and has been strongly influenced by the party’s fight for international solidarity.

It has historically provided a safe haven for dissidents and those fleeing oppression, in addition to championing issues like human rights and feminism.

Now, it finds itself faced with ‘realpolitik’.

Eliassi said the negotiations with Turkey will show “Sweden’s real face” and will reveal “what is negotiable and what is non-negotiable”.

One of the sticking points is sure to be the YPG in Syria.

Ankara views the YPG, which fought against the Islamic State group in Syria with Western support, as the PKK’s Syria offshoot.

Having applied to NATO to protect itself from Russian aggression, Sweden now has to contend with another strong power — just four months ahead of a general election.

“If they give in even before joining NATO, I think it will be counterproductive and it will undermine the very reason that they wanted to join the alliance in the first place”, said Bozkurt.