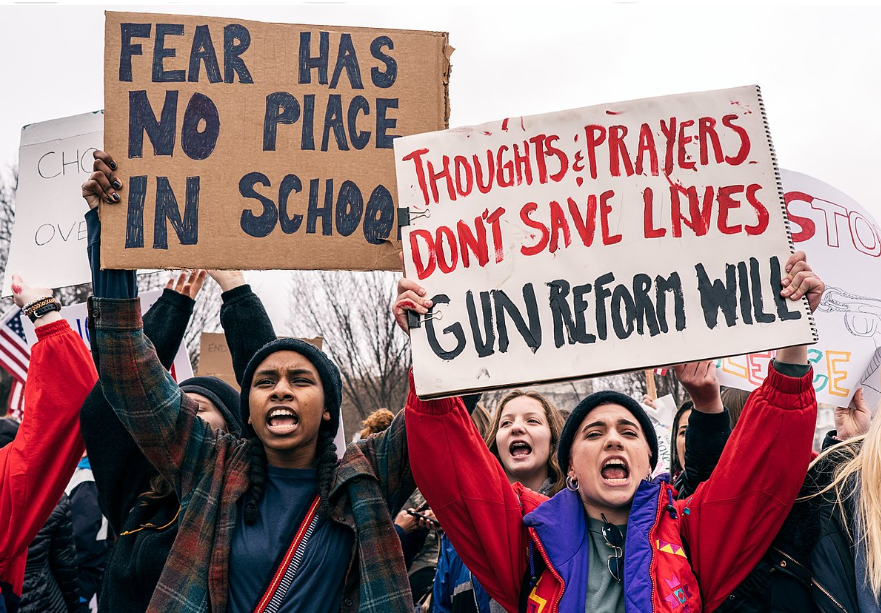 File photo: This demonstration was organized by Teens For Gun Reform, an organization created by students in the Washington DC area, in the wake of the February 14, 2018, shooting at Marjory Stoneman Douglas High School in Parkland, Florida.
Credit: Lorie Shaull (CC BY-SA 2.0)

March for Our Lives, the student-led gun control advocacy group, is planning nationwide protests in the wake of the Uvalde, Texas, school shooting, including a march on Washington, D.C., on June 11.

According to the youth-led movement’s website, the main protest is set for Washington, DC, on that day, while smaller rallies will be held across the country, from San Francisco, Calif., to Greenville, S.C.

There will also be a protest in front of the convention center where the National Rifle Association (NRA) is hosting a conference in Houston, Texas later this week, about 300 miles from the scene of the deadly shooting in Uvalde, Texas.

The protests will take place some four years after the shooting at a high school in Parkland, Florida, during which a gunman killed 17 people. That shooting led to the group’s founding and preceded the organization holding one of the largest demonstrations in U.S. history.

“Together, we rose up 4 years ago. 1 million of us demanded change,” the organization posted on Twitter. “We built a movement. We voted for new leaders. And the gun deaths increased.”

Organizers and activists also plan to meet with lawmakers in the Capitol from June 7 to June 10 to push for universal background checks, reports The Hill. “Our message is simple: we no longer will we be held hostage by our lawmakers and no longer will we tolerate feeling unsafe in our communities,” the group wrote on the website.

“Regardless of what party you stand for, if you do not support lifesaving measures like universal background checks, we will pledge to vote against you this fall and in future elections. “

Looking at the bigger picture

“Our hearts are broken for the lives lost in Texas,” Serena Rodrigues, the March for our Lives organization’s national coordinator, said this week, per WPBF. “The cycle, it just continues to happen time and time again. And we have to ask our lawmakers, ‘Do our lives mean nothing to you?’”

Axios puts the problem facing all of us in this latest mass murder of children into focus – calling it a familiar pattern we have seen too many times in the wake of a mass shooting.

“Congress zeroes in on gun and other relevant legislation, but Republicans won’t support most new gun laws and Democrats don’t have 50 senators who are willing to ditch the filibuster to take a majority vote.”