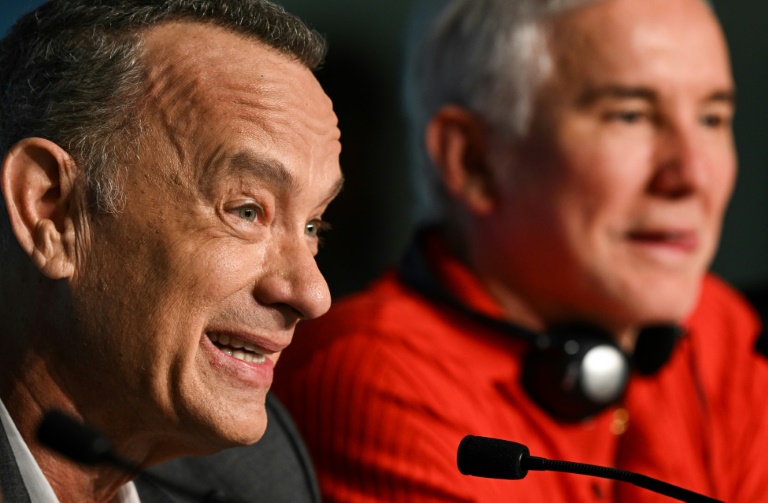 Australian director Baz Luhrmann’s long-awaited fever dream of a biopic about the King of Rock’n’Roll, “Elvis”, split Cannes down the middle on Thursday between cheering admirers and barb-throwing critics.

As one of the hottest tickets this year at the world’s top film festival, the movie drew a 12-minute standing ovation at the premiere attended by Kylie Minogue, Shakira, Ricky Martin and the late rocker’s ex-wife Priscilla Presley.

But as the first reviews emerged, the glowing portrayal of an American icon and the top solo recording artist of all time divided Cannes.

Robbie Collin of London’s Daily Telegraph called it “indecently entertaining” and set for a “big” box office this summer.

“Elvis Presley grooving down 1950s Beale Street to the sound of (American rapper) Doja Cat and singing Viva Las Vegas in the style of Britney Spears?” he said of the movie’s head-spinning musical mashups. “Man, it’s good to have Baz Luhrmann back.”

The New York Times’s Kyle Buchanan said fans of Luhrmann, the brashly flamboyant director of “Moulin Rouge!”, “The Great Gatsby” and “William Shakespeare’s Romeo and Juliet”, would get exactly what they came for.

“Overcranked, glittery, silly, fun, ridiculous… sometimes all of those within the same five seconds! The only variables are lead actor Austin Butler (better than expected) and Tom Hanks (much worse!),” he said.

France’s Le Figaro called it a “departure from the conventional biopic” while its “baroque touch does the rest” to make it a crowd-pleaser.

The picture traces the King’s life from his dirt-poor childhood living in a black neighbourhood in the segregated Deep South to his final, drug-addled years as a bloated shadow of himself during a lengthy residency in a Las Vegas hotel.

It trains a spotlight on the role of blues, gospel and soul in shaping his music, showing Elvis as a respectful and devoted admirer of black culture rather than a white profiteer ripping it off.

In a scathing review, US movie website IndieWire zeroed in on what it called its historical whitewashing.

“Martin Luther King Jr.’s assassination is framed as something that personally happened to Elvis Presley, and made him feel very sad,” reviewer David Ehrlich wrote, calling the film “deliriously awful”.

The Guardian was similarly unimpressed: “Incurious yet frantic, Luhrmann’s spangly epic is off-key – and Austin Butler flounders in those blue suede shoes.”

At a news conference, Luhrmann said he was unfazed about occasionally being panned.

He said he was most concerned about the reaction of Elvis’s granddaughter, Riley Keough, an actress and film-maker screening her new feature “War Pony” at Cannes, and Priscilla Presley. Both have given their blessing to the film.

“Criticism of anything you make — I’m used to it,” Luhrmann said.

“No critique, no review was ever going to mean more to us than the review of the woman who was married to Elvis Presley.”

Hanks said he didn’t take on the role of Colonel Parker as a typical villain.

“I’m not interested in playing a bad guy just for the sake of ‘Before I kill you Mr Bond, perhaps you’d like a tour of my installation?’” he said, joking about the cartoonish evildoers of the 007 movies.

“What Baz tantalised me with right off the bat was: here was a guy who saw an opportunity to manifest a once-in-a-lifetime talent into a cultural force.

“I give Colonel credit for doing that very thing.”