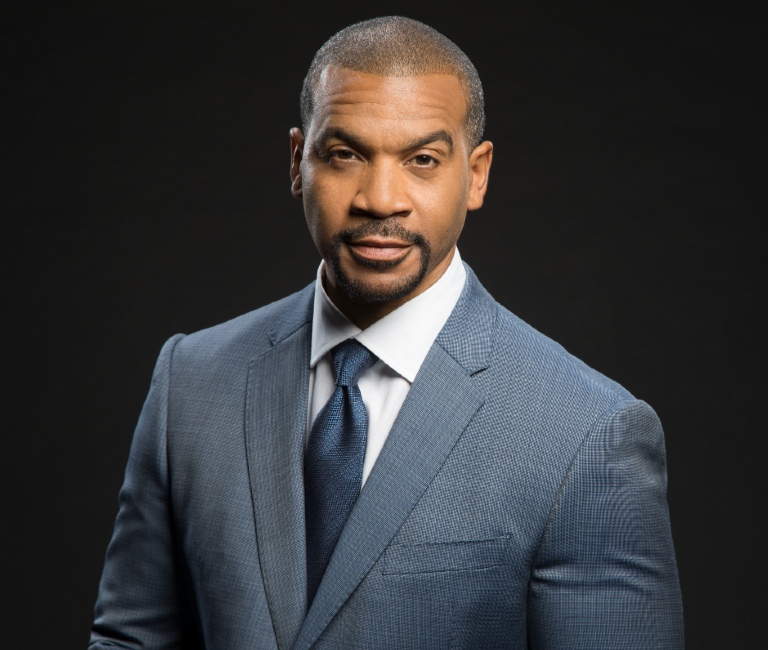 Aaron D. Spears of ‘The Bold and The Beautiful.’ Photo by Cliff Lipson, Courtesy of CBS

Actor Aaron D. Spears chatted about his Emmy nomination for his acting work in the hit CBS daytime drama “The Bold and The Beautiful.”

Spears has been nominated for the 2022 Daytime Emmy Award for “Outstanding Supporting Actor in a Drama Series” for playing Justin Barber. “That felt a little surreal,” he said.

“I couldn’t believe that it actually happened,” he admitted. I got a call from my mother, who called me frantically and I couldn’t understand what she was doing. Once I understood what she was saying, it began to sink in. She was really excited. It was really good for my mother, my father, and me as well.”

Spears shared that he submitted the following scenes in his Emmy reel: “It started with me knocking Thomas out, and then we went into the explanations of why I was doing it and why I felt the way I felt in the cage area, and from there, we transitioned of me sitting in the big man chair taking over Spencer Publications, and then we ended with the climactic scene of Bill and myself confronting each other in the office.”

“It was a good day that day,” he admitted about filming those powerful scenes. “We all brought our A-game that day.”

When asked how he handles being dialogue-heavy, he said, “It becomes something that you just learn how to do. I always say that if you can do soap operas, you can do anything.”

“By doing soap operas, you are actually working, acting, and you are getting paid. Once I got into the medium quite heavily, I really began to know how talented the people that did soap operas were, and that blew my mind. They can go in and out of character, and in and out of emotions at the drop of a dime, and that was quite fascinating to me,” he elaborated.

“Now, the dialogue is something that is in my treasure chest,” he said. “If I get auditions for other things, I can memorize 10 to 12 pages right away just because I am used to doing that, and that helps a lot. Once you got these memorization skills, you carry them with you forever. I am really glad I have that in my armor.”

On being an actor in the digital age, he said, “That is something that you need to get used to. If you don’t try to adapt, then you pretty much die. I do my best to adapt. It is good for up-and-coming actors. New actors have so many avenues to get themselves out there to actually put themselves on tape in front of people, and that’s definitely a benefit.”

Advice for young and aspiring actors

For young and aspiring actors, Spears said, “Know your craft. When you are on set you are demanded to hit marks to have possibly one take, especially on soaps. Most people don’t have time for you to get it right because you are not used to working at that pace. Don’t substitute social media for the actual medium of getting into an acting class, or doing a play or independent films or television shows. There is nothing that can really replace that experience.”

“It is very important to be able to perform to the best of your ability when the cameras are on and ‘action’ is called,” he added.

On the title of the next chapter of his life, he responded, “I am hoping that it starts with an ‘m’ or a ‘b’ such as a millionaire or a billionaire. I have been producing a lot lately and I have been enjoying that just as much as acting. I really do like producing and we have a number of projects coming up. I am trying to diversify because I need checks coming in from every situation, especially since I have five kids.”

For the daytime fans, Spears concluded, “I have so much love for them. None of this could be possible without the fans, they are the ones that tune in and they are the ones that are continually asking for Justin. I take my hat off to them. I am always enamored with how much they know and how in tune they are with not only myself but my character too. Soap opera fans are some of the most amazing fans you will ever find. They are so dedicated, nice, and compassionate. They have made my world a better place to live.”

To learn more about Aaron D. Spears, check out his IMDb page.