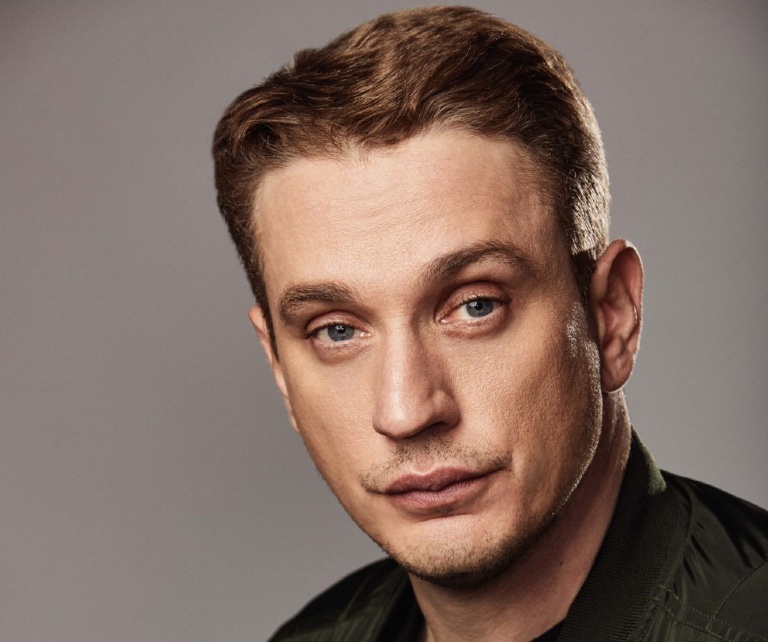 Actor Richie Stephens chatted about his book “The Gangster’s Guide to Sobriety.”

Can you briefly tell us how your book “The Gangster’s Guide to Sobriety” came about?

I usually play bad guys in movies and on TV but most people in Hollywood don’t know about my past life. I’ve been in recovery from drugs and alcohol for over ten years and I have been asked to speak a lot at meetings. After hearing me, people have told me that I should write a book because my story is so crazy. Most people who have been involved in the things that I was either end up dead or in prison, so my story is pretty unusual.

A friend asked me to help him pitch a comedy project he had been developing. I reached out to John Altschuler and Dave Krinsky because they are two of the top writers/producers in Hollywood.

They created “Silicon Valley” and were the executive producers/showrunners for “King of the Hill,” two of the most successful shows ever. John and Dave turned out to be really nice guys and said they would be interested in working with us. That first project wasn’t a fit, but we kept in touch.

I told John a few yarns from my wild pre-sobriety days and he asked if I would be interested in partnering on the book and then later a TV show. That’s how it all started.

Was it a cathartic process to write it?

I’ve told my story a lot for audiences in recovery but writing it all down was different. When you share those kinds of stories to a group of former drunks, everyone can relate to some extent – although most people in the audience were probably not involved in crime! Getting it all down on paper involves opening up to a wider audience who might not understand what it means to have a problem with addiction, so it’s a little more nerve-wracking.

I could remember all of the things that happened but hadn’t really stopped to put things in perspective and examine the feelings or motives behind my actions. That’s where John and Dave helped me to find this and put some sort of digestible order to my story. When someone tells their drunkalogue it’s really a record of their insanity.

Going back over the details can be a roller coaster but it is important to be real about it because it can give hope to someone else who might be struggling and has not found an answer yet.

How was your experience in “Blue Bloods”? (I love that series)

“Blue Bloods” is one of my favorite experiences so far as an actor. It was my first time traveling to New York to film something and I got to work with some of the people I grew up watching on TV back home in Ireland. As a teenager, I loved watching “Oz.” Robert Clohessy played one of the guards on that show. When my parents went to bed I used to get up and make fake IDs while watching “Oz on TV.”

Then, almost 20 years later, I’m in New York beating up Robert on camera. It was so surreal. Same thing with Steve Schirripa. He played Bobby Baccala on “The Sopranos” and arrested me in “Blue Bloods.” The gang I was with back in Ireland loved “The Sopranos.”

It might sound funny, but gangsters often like gangster TV shows. Whenever new episodes were on, we would all watch it together and if anyone started talking on their phone or something we threw them out of the room!

Even Ron Kuby played my lawyer on Blue Bloods and he was mentioned in one of my favorite movies “The Big Lebowski.” “Blue Bloods” was a trip and a half for me.

What is your advice for young and aspiring actors?

Spend time working on your craft. One of the myths is that people just get chosen on the street to star in something. That happens one time out of a million. Everybody has some amount of natural talent for performing. That might be a lot or a little.

Either way, to be successful you still need to work on your craft. That means getting into classes and working with teachers. Putting the time in to get better. The more time you spend in training the better you will become. Remember that it takes years too.

If you want to be a doctor or an architect it is going to take a lot of years to make that your career. Acting is the same. It can be helpful to have a B job too. If acting is your only source of income there is a tremendous amount of pressure to book every audition.

If you have a prosperous side job, the audition can be more about “show them what you can do” instead of “I need to pay my rent!” I know some famous actors who have side hustles/businesses etc.

How does it feel to be an actor in the digital age? (Now with streaming and technology being so prevalent)

There are benefits to being an actor in the digital age. There are more acting jobs than ever before because of all the channels and streamers we have today.

It’s easier to be seen today. Hollywood decision-makers want to see footage of actors before they hire them. This can be as easy as taping something yourself with a few friends and uploading it. In the past, people had to spend a small fortune to shoot their own stuff.

These days most auditions are tapes that are sent in digitally, whereas in the past, you had to show up at casting offices and perform live. It can save time by having the freedom to tape them at home when you are ready – although some actors prefer doing it the old way.

These days it’s easier to become popular because of social media too. You can shoot something, and it can go viral if people like it. I know actors who have gained some success and traction by doing this.

The main pitfall of being an actor in the digital age is that there is more competition. There are more actors now than there ever were. In the past, if you were pursuing an acting career, you went to Hollywood or NY and auditioned in person the same as all your competitors in town (and others who flew in). These days tapes are coming in from all over the world. Someone in London or New Zealand can beat you for the role without even leaving their home!

Which actors would you like to someday work with as your dream acting partners?

What does the word success mean to you? (My favorite question)

Success to me means trying hard and doing the best you can with whatever hand you have been dealt.

What would you like to say to our readers about your new book? (What’s the one thing you want them to get out of it)

No matter how dark things look, it’s possible to turn things around. Plus, don’t take yourself too seriously.

“The Gangster’s Guide to Sobriety: My Life in 12 Steps” is available on Amazon by clicking here.