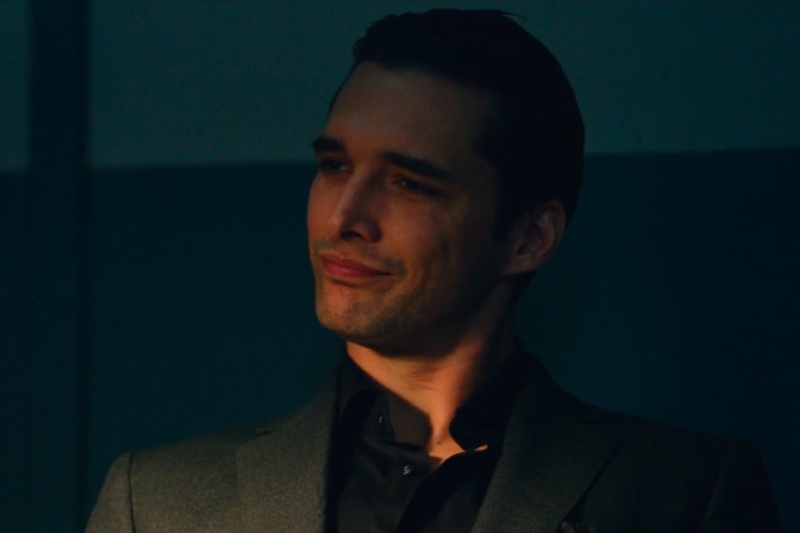 Actor and model Philip Bruenn is back in Season 2 of the hit digital drama series “Studio City,” and his character Nick Cassidy is able to find some redemption.

In Season 2 of “Studio City,” Cassidy wants to prove that he is more than just a pretty face and a chiseled physique. The show deals with a drama within a drama (“Hearts on Fire”) and he informs them that he wants his talent to speak for itself, and asks them to dress him better (as opposed to hardly dressing him at all).

Bruenn shares some great and witty scenes opposite Emmy winner Justin Torkildsen, who plays Jacob Y in “Studio City,” the latter of which is an instrumental character in making changes for Nick Cassidy.

He is able to successfully tackle both roles as Nick Cassidy and Dr. Devyn Striker, and he carries a good portion of Season 2 Episode 2 entitled “America’s Abs” on his own shoulders.

Later on, in Season 2, Nick uses Sam’s (Sean Kanan) absence from “Hearts on Fire” to his advantage, and they give him a more intriguing and sophisticated storyline. It is neat to see his character in a new and fresh direction.

Two years ago, Bruenn was praised as the “best-kept secret” of “Studio City,” and rightfully so. Bruenn is still able to consistently deliver solid work in both seasons of “Studio City” thus far, and the viewer can’t wait to see what is in store for Nick Cassidy and Devyn Striker in the future.

Season 2 of “Studio City” was directed by Timothy Woodward, Jr. The second season of the Emmy award-winning limited series is available now on Amazon Prime Video by clicking here, and it is comprised of six episodes.

To learn more about actor and model Philip Bruenn, check out his IMDb page, and follow him on Instagram.