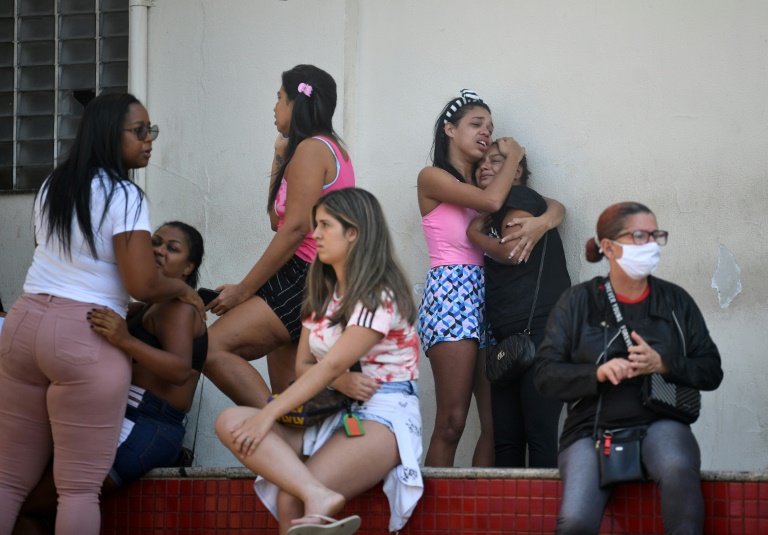 Relatives of people killed or injured during a May 24, 2022 police raid of a favela in Brazil’s Rio de Janeiro gather outside a hospital – Copyright AFP Wakil KOHSAR

Military police said they came under gun fire as they planned to enter a slum called Vila Cruzeiro in the north of the city with the mission of locating and arresting “criminal leaders.”

In the ensuing gunbattle 10 alleged criminals died, as did a female resident of the favela who was hit by a stray bullet.

They said that this time they were looking for gang leaders hiding out in Vila Cruzeiro that were from other parts of Brazil.

This was the deadliest police raid in a year in Rio.

Last May a police raid in a favela called Jacarezinho left 28 people dead including a police officer. It was the largest such toll in the city’s history.

Police said there were gunbattles in high-ground areas of the favela itself and in wooded grounds surrounding it.