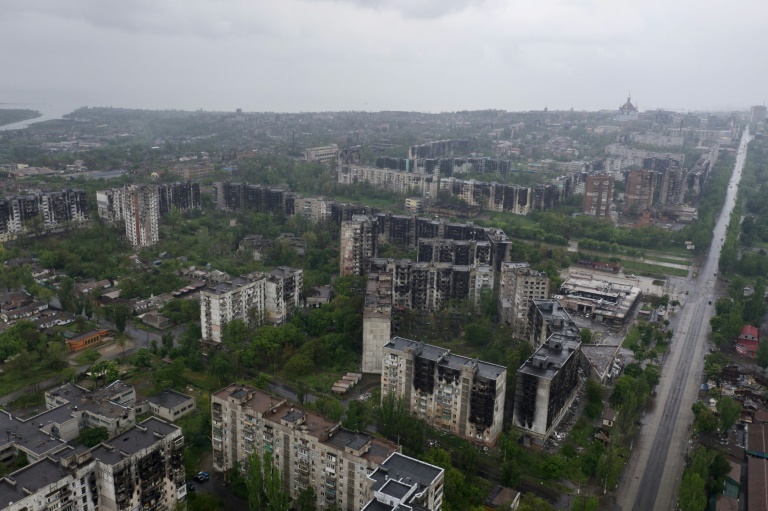 Key developments since Russia’s invasion of Ukraine three months ago, which has claimed the lives of tens of thousands of people.

On February 24, Russian President Vladimir Putin announces the start of a “special military operation” to defend the mainly Russian-speaking separatist “republics” of the eastern Ukrainian region of Donbas, days after having recognised their independence.

On February 26, the Russian army receives orders to widen its offensive.

The European Union announces the purchase and delivery of arms for Ukraine. Western nations agree on the first round of economic sanctions against Moscow.

On February 28, Moscow and Kyiv delegations start a first round of peace talks.

Putin demands recognition of the previously annexed Crimean peninsula as Russian territory, “neutral” status for Ukraine and the country’s “denazification”.

Moscow has for months been seeking guarantees that Kyiv will never join the western NATO military alliance.

On March 2, Russian troops reach Kharkiv, in the north, Ukraine’s second city, and capture Kherson, to the south and gateway to the Crimea.

On March 8, US President Joe Biden decrees an embargo on Russian gas and oil.

On March 21, Brussels denounces “a major war crime” after Russian forces besieging the strategic port of Mariupol, bombard a maternity hospital and a theatre sheltering civilians. Thousands of residents are trapped in the city.

On March 24, NATO decides to send equipment to Ukraine to mitigate the effects of a chemical or nuclear attack. It shores up defences on its eastern flank.

The following day, Moscow announces it will focus on the “liberation of the Donbas”.

On April 2, Ukraine announces it has regained control of the Kyiv region after Russian troops pull back to the east and south.

Ukrainian forces find dozens of corpses in towns near Kyiv, notably Bucha to the northwest, provoking an international outcry.

On April 8, at least 57 people are killed when railway station in the eastern town of Kramatorsk is shelled.

On April 21, Putin says Russian forces have taken control of Mariupol, but some 2,000 soldiers are holding out at the city’s Azovstal steelworks, along with around 1,000 civilians.

On April 27, the Ukrainian army acknowledges a Russian breakthrough in the east, in the Kharkiv region and in the Donbas.

On May 3, Russian and pro-Russian forces launch a major assault on the Azovstal steelworks in Mariupol.

On May 8, some 60 people are reported missing after the shelling of a school in the Lugansk region.

On May 18, Sweden and Finland apply to join NATO.

On May 19, the US Congress approves a $40-billion aid package for Ukraine’s war effort. The G7 pledges $19.8 billion the following day.

On May 20, Moscow says its forces control the Azovstal steelworks. Kyiv says Mariupol is 90-percent destroyed and that at least 20,000 people have been killed there.

The eastern towns of Severodonetsk and Lyssytchansk are the last remaining pockets of Ukrainian resistance in the Lugansk region.

On May 23, a Kyiv court hands down a life sentence to a young Russian soldier in the conflict’s first war crimes trial.