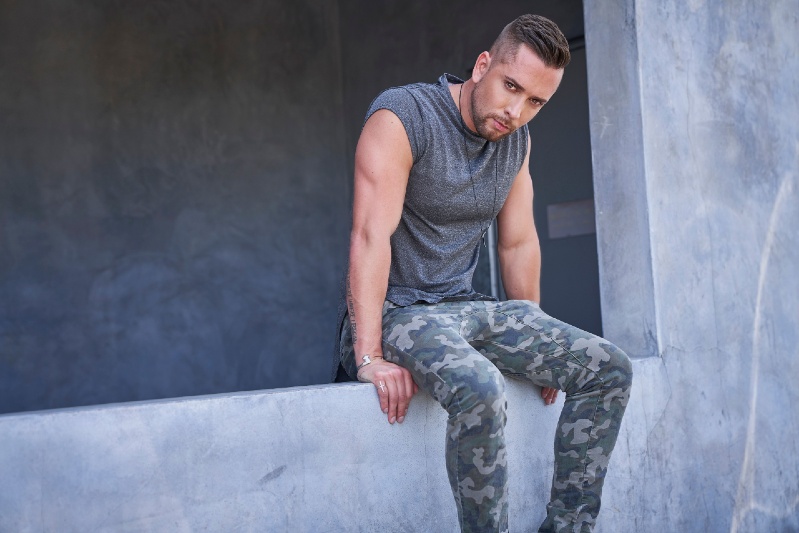 Singer-songwriter and artist David Hernandez (“American Idol” fame) chatted about his new EP “Don’t @ Me” and being an artist in the digital age.

“I knew there were some things I wanted to get off my chest and some things that I had never talked about publicly before, but I wanted to do it in a way that didn’t come across as bitter or still heartbroken from past trauma. Because the truth is, I really have moved past all the stuff that happened to me on ‘American Idol’ and with the media outing me and shaming me for being gay. But it’s kind of like therapy if you know what I mean,” he said.

He continued, “When you talk about it and you get it off your chest, there’s no shame in it and it’s not a secret. So, it gives you power while simultaneously taking away the power of people that tried to take you down. Because of all this, I think every song that I wrote during this process was from the heart and was super-specific to my own experiences.”

“Funny enough though when people listen to it, even though it’s super personal to me, they can still relate to it on multiple levels. The intro entitled ‘Myself’ was recorded very last because after listening to the album from start to finish, I wanted a melody to sum up the entire project. It was perfect,” he elaborated.

On his personal favorite tune on the new album, he responded, “That’s so hard for me because they change on a daily basis. I love all my children! Lol. At first, it was the intro, and then it moved into the title track “Don’t @ Me”. But then, the nostalgia and the feeling of “Miss You” stuck me with for a couple of weeks.”

“I love ‘Goosebumps’ and ‘Vices’ a lot,” he said. “‘When it rains it pours’ speaks to all of my mental health people out there. I listen to it whenever I feel down, or I need inspiration. I just performed, for the first time, ‘Special’ and that was super sexually liberating. So, yeah, my favorites always change depending on the mood and the day.”

On his music and songwriting inspirations, he said, “I think just life experiences and being a grown ass man now. I’m not really afraid to touch on any topics because they’re all a part of my journey and my experiences as a man. I will say that I unknowingly took it back to my R&B roots on this album. I wasn’t trying to necessarily write a hit per se, but rather create something memorable. When I listened to it back, it was super soulful and infused with all the things I grew up on. I’m proud of it!”

On being an artist in the digital age, he said, “It feels great that now our success can be in the palm of our hands. I think the digital age really gives independent artists a shot at creating a career for themselves without major labels having a hand in their artistic decisions. Obviously, there are a lot of parts of the industry that are pretty messed up still but, there are a lot of advantages to being able to put out whatever you want, whenever you want to.”

On his definition of the word success, he explained, “Success is relative. For me, it means being happy and waking up every morning loving what I do. I used to think it meant having a house in the hills and a fancy car. But, after living in Hollywood for 14 years, I have seen the richest people become the most miserable people. I just don’t want that to be me. I want to give and receive love. I want to create art and make magic. That is what makes me happy!”

For his fans, he concluded about the new EP, “There’s a song on there for everyone. I literally wrote every single one from personal experiences but also knew that people would be able to relate to it. There’s a song for every mood that you’re in. It’s my most personal work of art to date and I’m super proud of it.”