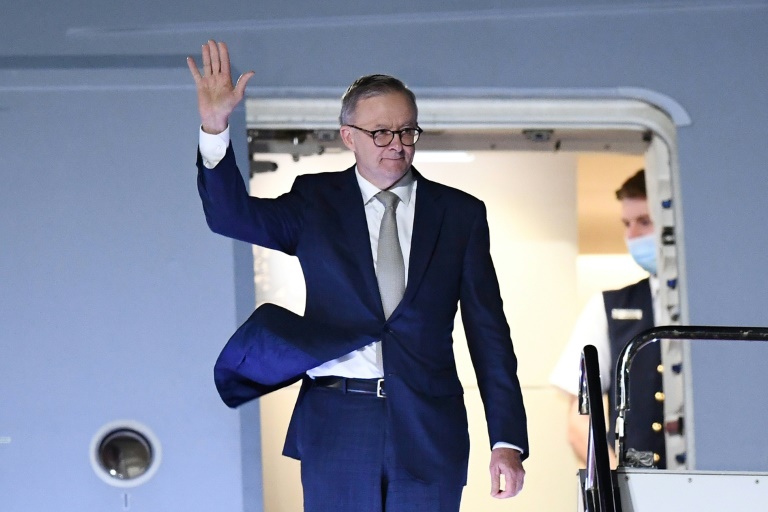 Relations between China and Australia have been shattered by a string of rows over human rights, espionage and the origins of Covid-19.

But Li’s letter signalled a willingness to improve relations after Albanese’s election, in what is the most significant high-level contact between Beijing and Canberra in at least two years.

“The Chinese side is ready to work with the Australian side to review the past, look into the future… to promote the sound and steady growth of their comprehensive strategic partnership,” Li said, according to the state-run Xinhua news agency late Monday.

Albanese said the letter was “welcome” and said he would “respond appropriately” when he returns from a summit of Quad leaders in Tokyo.

But he has previously warned that the relationship will remain difficult.

“It is China that has changed, not Australia, and Australia should always stand up for our values,” the 59-year-old centre-left Labor Party leader said.

Tensions between the two sides soared in the past two years after Canberra called for an independent probe into the origins of the coronavirus pandemic and banned telecoms giant Huawei from building Australia’s 5G network.

Li’s message came ahead of Albanese’s meeting with leaders of Japan, India and the United States for a Quad summit — an informal grouping for the four countries seen as an effort to counter China.

Deputy party leader Richard Marles — who is acting as premier while Albanese is in Tokyo — said Australia would be clear-eyed in pursuing its interests.

“From an Australian point of view, we understand the complexity of the relationship. It is our largest trading partner but China is seeking to shape the world around it in ways we have not seen before,” he said.

“We are certainly going to be navigating that pathway from the point of view of making sure Australia’s national interest is absolutely clear.”

Australia has expressed concerns about Beijing’s growing influence in the Pacific region including a recent security pact between China and the Solomon Islands.

A leaked draft of the agreement that has not been made public includes a section that would allow Chinese naval deployments to the Solomons — less than 2,000 kilometres (1,200 miles) from Australia.

China bristled when Canberra last year joined a hotly contested programme to equip its navy with nuclear-powered submarines in a new defence alliance with Britain and the United States.

The alliance, AUKUS, is aimed at confronting strategic tensions in the Pacific where the China-US rivalry is growing.

Other issues, including Canberra’s decision last year to scrap a major infrastructure project in the state of Victoria — under Chinese President Xi Jinping’s flagship Belt and Road Initiative — has soured relations.

The two sides are also locked in a row over spying, with Beijing accusing Australia of raiding the homes of Chinese journalists.