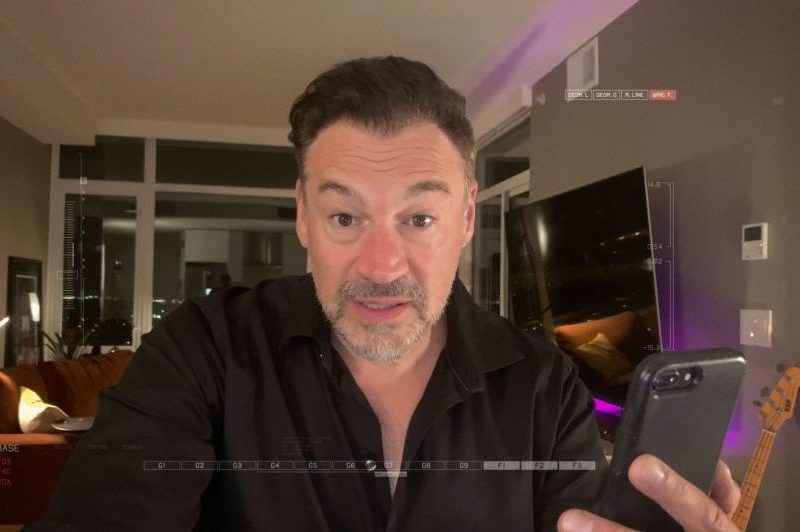 The film will be available in theaters, on Digital, and On Demand on May 27, 2022. It was written by Cam Cannon and directed by Rick Dugdale. “It was absolutely amazing to be a part of a project like that,” he said.

Paunovic plays Trevor Williams in the thriller film “Zero Contact,” which is a Lionsgate release. “My good friend Rick Dugdale directed it so when he asked me to be a part of it, I was all for it.”

“I loved that they allowed me to be myself mostly with my character Trevor even though I am not a very technical guy. It was very cool to play a character like that, he was fun and gregarious and it was a great feeling to be a part of,” he added.

Upon his death, five remote agents — including Finley’s son — are contacted by a mysterious A.I. entity to reactivate the initiative, which may enable time travel. As sinister events occur at each of the agents’ homes, they must decide whether entering their passwords will save the world…or destroy it. Chris Brochu also stars as Sam Hart in this movie.

The trailer for “Zero Contact” may be seen below.

“The visual effects team and the editors did such an amazing job to make this film happen. Making this cohesive movie was a phenomenal thing to be a part of,” he added.

Regarding his daily motivations, he said, “I just love creating things. I am working on a project now with some people that I love and that gives me a ton of joy. I just love being a part of a team. That’s why ‘Zero Contact’ was so amazing because it involved an amazing team trying to do something nobody has ever done before and that was really fun.”

On the title of the current chapter of his life, Paunovic said, “Staying Creative.”

He opened up about being a part of “Hawkeye,” where he played Ivan Banionis, opposite Jeremy Renner. “That was a blast and so fun,” he admitted. “Being a part of the Marvel Cinematic Universe (MCU), and one of the Avengers with Jeremy Renner was a great deal of fun. There were so many cool things about it.”

For young and aspiring actors, he said, “Only do this job if you love it. I just want to succeed, learn, and tell stories. If I can do that and feed myself and the people around me, and pay rent, then I’m fulfilled. Do it because you love it, don’t do it for anything else.”

Paunovic listed Gary Oldman, Helen Mirren, Barbra Streisand, and Sam Elliott as his dream acting partners in the contemporary entertainment scene. “Gary would be phenomenal and it would be epic to do a western with Sam Elliott,” he said.

He defined the word success as “happiness in whatever you do.” “I am a big believer in positive affirmations and really understanding where you are in your world and being present,” he said.

Paunovic concluded about “Zero Contact,” “I want the fans to enjoy the ride. What is so interesting about it is the world is going through its Zoom aspect and it’s like watching a scary movie in your house, and it has gotten you. The audience can really connect when they start watching this film, that this could actually be them in the movie. You can connect with a scary film if you are alone in a house.”