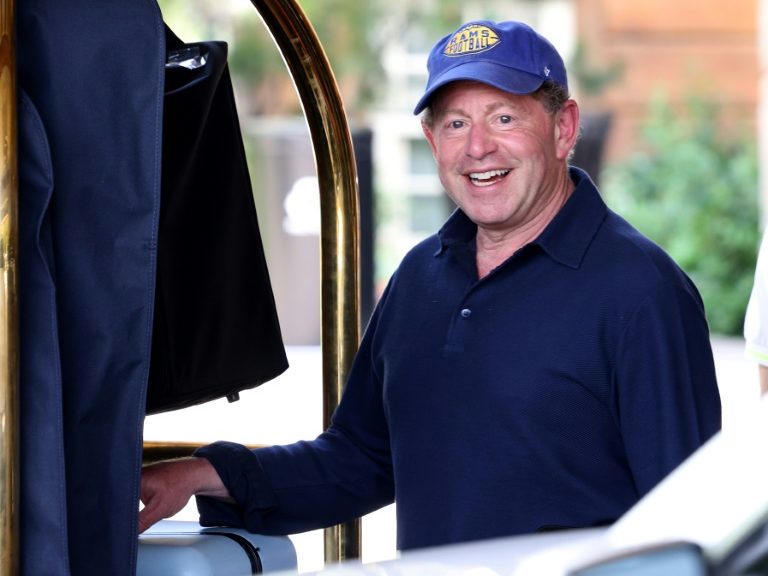 Activision Blizzard Bobby Kotick remains at the helm of the video game giant as a team at one of its studios endorses forming a union and Microsoft is on course to buy the company. – Copyright AFP/File Jade GAO

Quality control workers at a studio owned by Activision Blizzard voted Monday to form a union in the first such win at a major US video game company.

Members of the small team at Raven Software voted 19 to three in favor of banding together as employees to be represented by the Communications Workers of America (CWA).

“We respect and believe in the right of all employees to decide whether or not to support or vote for a union,” an Activision spokesperson said in response to an AFP inquiry.

But the spokesperson went on to contend that “an important decision that will impact the entire Raven Software studio of roughly 350 people should not be made by 19 Raven employees.”

Activision has the option of challenging the outcome of the vote before it is finalized by US labor officials.

The Game Workers Alliance bargaining group formed at Raven is the first union victory at Activision, and also reported to be the first at a US video game giant.

“Our biggest hope is that our union serves as inspiration for the growing movement of workers organizing at video game studios to create better games and build workplaces that reflect our values and empower all of us,” the alliance said in a release.

Earlier this year, Raven workers announced the formation of Game Workers Alliance after going on strike for five weeks. The strike began December 6, when over 60 Raven Software workers walked out in protest after Activision Blizzard laid off 12 of the studio’s quality assurance testers.

Activision, the California-based maker of “Candy Crush,” has been hit by employee protests, departures, and a state lawsuit alleging it enabled toxic workplace conditions and sexual harassment against women.

In July of last year California state regulators accused the company of condoning a culture of harassment, a toxic work environment, and inequality.

Meanwhile, the video game industry overall has a reputation of being a world ruled by men and harsh for women.

Microsoft early this year announced a landmark $69 billion deal to purchase Activision Blizzard, grabbing the scandal-hit firm as the tech colossus seeks to boost its power in the video game field.

Merging with troubled Activision will make Microsoft the third-largest gaming company by revenue, behind Tencent and Sony, it said, a major shift in the booming world of gaming.