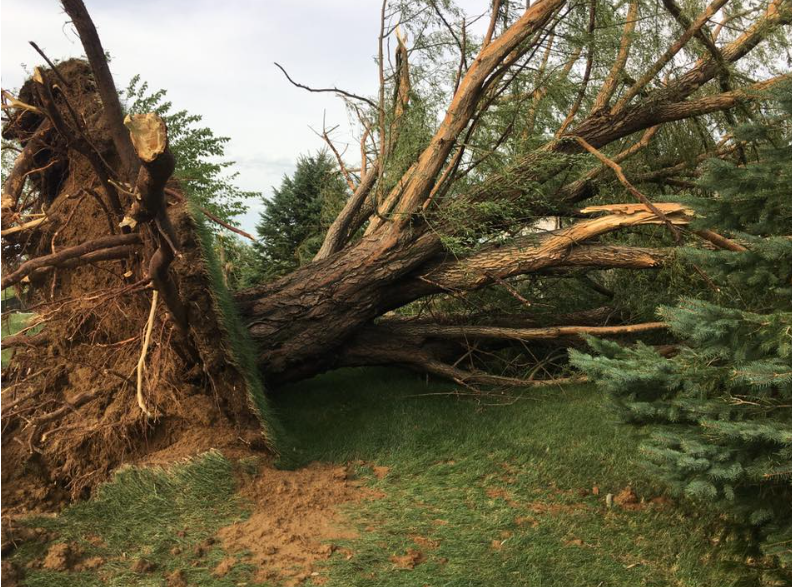 Powerful thunderstorms over the weekend in Ontario and Quebec killed at least nine people and caused extensive damage. More than 200,000 families are still without power.

At least eight deaths from the storms occurred when people were hit by falling trees, authorities said. A ninth person died Saturday when the boat she was in capsized on the Ottawa River near Masson-Angers, Quebec.

Hydro utilities reported Sunday that the thunderstorms caused extensive damage in both southern Ontario and Quebec, reports CTV News Canada. This means that even as crews work around the clock to make repairs, it could still be days before the outages are resolved.

“This event is significantly worse than both the ice storm of 1998 and the tornadoes of 2018. This level of damage to our distribution system is simply beyond comprehension,” said Hydro Ottawa in a letter sent to the mayor on Sunday, reports CBC Canada.

Storms packed the power of a tornado

The storm that moved across Ontario and Quebec Saturday is known as a “derecho,” a powerful kind of windstorm that is long-lasting and far-reaching, according to Environment Canada Senior Climatologist David Phillips.

“It’s not a word we use very often because they don’t occur that often,” he told Newstalk 580 CFRA’s ‘CFRA Live with Andrew Pinsent’ on Sunday. “It’s sort of like a microburst or a thunderstorm but you get a whole army of those. Imagine soldiers lined up and just mowing down the front lines as they move along. Meteorologically, that’s essentially what happens.”

“This storm was almost about 1,000 kilometres from Michigan to Maine as it went across Ontario and Quebec. That’s what a derecho is, it’s a long line of very active thunderstorms or microburst kind of situations. Nothing can deter it. It just marches along,” said Phillips.