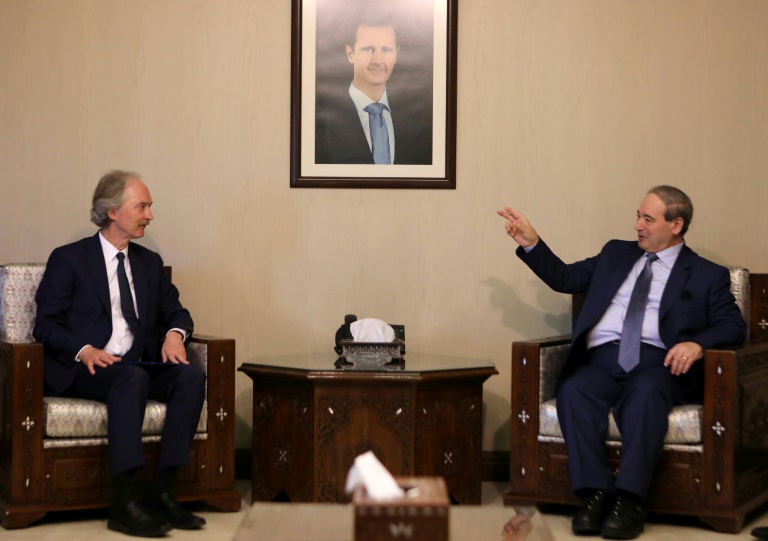 President Bashar al-Assad has decreed several amnesties during the country’s devastating 11-year war, but the latest in April was the most comprehensive related to terrorism charges since the conflict began, rights activists said.

Pedersen, speaking to reporters in Damascus after a meeting with Syrian Foreign Minister Faisal Mekdad, said he had been briefed “in quite some detail” on the latest measure.

“I am very much looking forward to being kept informed on the progress on the implementation for that amnesty”, Pedersen said before talks on a new constitution for Syria are to resume in Geneva.

“That amnesty has potential, and we are looking forward to see how it develops,” Pedersen said.

The April decree granted a general amnesty to detainees convicted of terrorism charges except cases that led to the death of a person.

Syria’s Justice Ministry has said hundreds of inmates had been released, and a military official, Ahmad Touzan, told local media this week that the amnesty would cover thousands, including those who are wanted but not detained.

Touzan refused to disclose the number of inmates freed, saying “numbers are changing by the hour.”

The Syrian Observatory for Human Rights war monitor, which relies on a large network of sources inside Syria, says around 1,142 inmates have so far been released across the country under the amnesty, with hundreds more expected.

In the next few days Syria’s warring parties are to hold the latest round of constitutional talks in Switzerland, under a process that began in 2019.

It is hoped the talks can pave the way towards a broader political process.

Pedersen said he is “hopeful that this will be a positive meeting that can help bring us forward so that we can start to see… some confidence building measures,” Pedersen said.

It quickly spiralled into a complex conflict that pulled in numerous actors, including jihadist groups and foreign powers. The war has left around half a million people dead and displaced millions.

Throughout the war, the UN has been striving to nurture a political resolution.