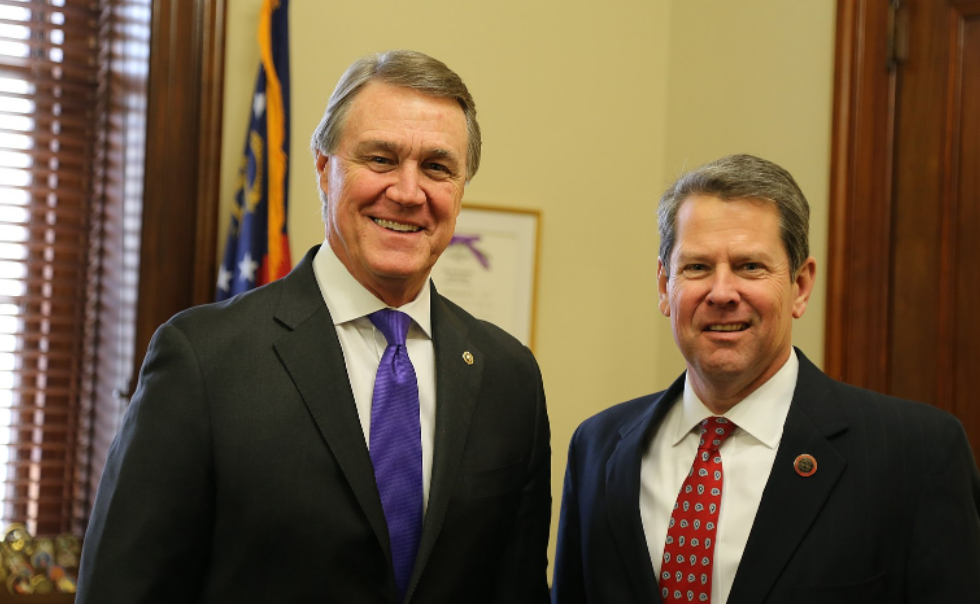 David Perdue challenged Gov. Brian Kemp because of Donald Trump’s fury over his 2020 election loss. However, the Trump-backed former Senator’s campaign has failed to gain traction and he appears to be guaranteed a resounding defeat.

Right now, it looks like the outcome of the Georgia primary is going to end up as a “rematch” between Kemp and Democrat Stacey Abrams for Governor.

The primary was brought into focus after NBC News reported that several Republicans, speaking on condition of anonymity to talk more freely about Perdue’s prospects, discussed his lackluster campaign.

Trump isn’t planning to make any more personal appearances in Georgia on Perdue’s behalf, having sunk enough of his own political capital in a race that looks like a lost cause, said one source.

And it may be a lost cause – if you listen to what Martha Zoller, a former aide to Mr. Perdue recounts. “He said Trump called him all the time,” said Zoller, referring to a dinner in September 2021 with Perdue. “He showed me on his phone these multiple recent calls and said they were from the president.”

Ms. Zoller and a legion of other former Perdue aides and advisers told the former senator that running was a bad idea. He listened to Mr. Trump instead.

And now, Perdue’s campaign is ending the race low on cash, with no ads on television and a candidate described even by his supporters as lackluster and distracted.

“Perdue thought that Trump was a magic wand,” said Newt Gingrich, the former House speaker and a Trump ally, who was among Mr. Perdue’s highest-profile Georgia supporters. “In retrospect, it’s hard to understand David’s campaign, and it’s certainly not the campaign those of us who were for him expected.”

As the New York Times reports, the “key threshold on Tuesday is 50 percent.” Mr. Kemp must win an outright majority in the five-candidate field to avoid a one-on-one runoff in June.

Perdue, like candidates for governor in Idaho and Nebraska this month, is now learning that a Trump endorsement alone does not assure the support of Trump voters or Trump donors.

According to Politico, there is another race to watch in Georgia on Tuesday. Trump-backed Republican Herschel Walker is trying to unseat Senator Raphael Warnock, hoping a win on Tuesday will set him up for a November general election battle for the senate seat.