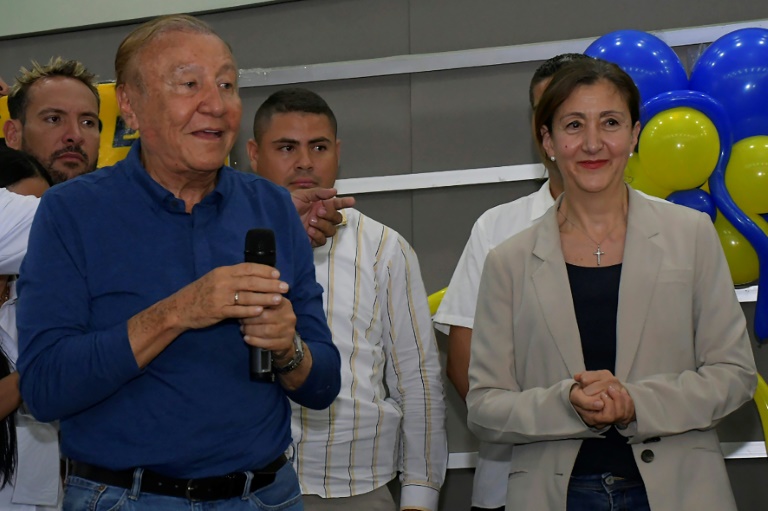 Ingrid Betancourt, who was abducted 20 years ago while campaigning for Colombia’s presidency and held captive by FARC rebels for more than six years, has withdrawn from the race for the May 29 presidential election and thrown her weight behind independent candidate Rodolfo Hernandez.

“Today I made the decision to support the only candidate who can put an end to the system,” said the French-Colombian Betancourt during a press conference in Baranquilla, in northern Colombia, alongside Hernandez.

“The two candidates have signed an agreement to join forces in the first round,” said a joint statement from their two factions.

The decision was “based on the conviction that there are more things uniting the candidates than separating them,” said the text. The statement added that both candidates are committed to governing their country ethically and fighting corruption.

Betancourt had run on the ticket of her own environmentalist party, with a strong anti-corruption approach. She wanted to be an alternative between the left-wing candidate Gustavo Petro, who is leading in the polls, and the right-wing coalition of Federico Gutierrez.

But her candidacy never really took off, with only 0.8 percent of voters planning to back her, according to the latest poll by the Invamer institute that was published on Friday.

Betancourt started out as part of a centrist coalition but broke with her partners after accusing them of turning a blind eye to corruption.

Betancourt, 60, was captured by the FARC Marxist guerilla group in 2002 while campaigning for the presidency, and was rescued in a military operation six-and-a-half years later, in 2008.

She was chained for much of her captivity after she tried to escape.

The Revolutionary Armed Forced of Colombia (FARC) has been disarmed and disbanded under a 2016 peace pact that ended Colombia’s decades-long internal war, and has since converted itself into a minority political party.